As Boris Johnson completes his first week in power Graham Robb uses his column in the Journal to reflect on a car journey with him four months ago during which many of the elements of Johnson\'s dynamic approach became clear....

As I watched the excellent speech by new Prime Minister Boris Johnson, the Saturday after he took up the role, I was convinced that this is a man who means business. The speech was about the place of the North in the UK and in it he made the brilliant Â£39billion rail upgrade announcement that will allow the first stage of what will be known as Northern Powerhouse Rail to go ahead. He also outlined the four ingredients for success in northern towns and cities: liveability, keeping streets safe and creating jobs; connections, both transport and broadband; culture, to bring out our creativity; and devolved power. I was fascinated because I have been telling friends this is what Boris thinks for four months, since a quite extraordinary car journey in April.

Boris came to Teesside to deliver a speech to over 300 people. The speech was organised by Tees Valley Mayor Ben Houchen and was very well received. However, due to the pressure of parliament at that time, Boris needed to be back in London that night. The speech had finished after the last train and I volunteered to drive him on the four-hour journey back to Westminster. During our wide ranging conversation in the car it was clear he understood that the divide in the UK was not just between North and South but also within the North between towns and cities. What he was saying on that journey was entirely consistent with what he said in his speech and in line with the experiences he had heard on the Brexit campaign trail in 2016. Hearing his opinions first hands, then seeing his all-action first week in Government, convinces me he does know what he wants and has a plan to achieve it.

Bringing Dominic Cummings back into the Government machine is also good news. I know of Dominic from the North East Referendum campaign of 2004. He was one of the key organisers, I was one of the public faces of the campaign. He didnâ€™t let the fact that we had little money and hardly any North East political or business backing put him off. He used the perceived weakness of our situation to pivot away from the Labour and media establishment. He made our campaign the insurgent message, and won decisively. Thanks to that win (although it took some time!) we have Mayors like Ben Houchen and Jamie Driscoll and powers that are starting to deliver for people in places like Tees Valley. On the eve of the Brexit campaign, he left me a characteristically robust voicemail urging me to get involved. I couldnâ€™t because at the time I was chair of the Northâ€“East IoD and I had backed the Cameron/Osborne line; a decision, which I have written previously, I now regret as the arguments I deployed proved to be wrong.

Now, we have the type of Government that is needed in the circumstances of the time. Mrs May tried her best, now those Labour MPs fearing a No Deal Brexit are the very people who voted en-masse against the deal she struck with the EU. They can hardly complain no that Boris is making plans to implement the Article 50 law that many of them agreed to in the first place. Under Boris, it will be uncomfortable to be a Labour MP in a leave voting North East constituency. You will be caught in the pincher between the avowed wishes of your constituents and the determination of a popular Conservative leader to carried those wishes out. You can also be reminded of your manifesto pledge to leave the EU, your vote for Article 50 and your partyâ€™s U-turn as it backs remain. The voters are not stupid. They know what they voted for, they follow the arguments, call in to radio phone-ins, write letters to local newspapers and participate in social media discussion. They know who stands for what in this dynamic debate. Come the inevitable General Election, Labour could well see the bedrock of its Northern support crumbling.

Whatever his faults, and according to many snide commentators they are many and varied, Boris Johnson is not stupid. He has a charismatic and optimistic demeanour and a razor sharp brain coupled to a sensitive political antenna.

When Tony Blair became leader of the Labour Party, the media and the Conservatives dubbed him â€˜Bambiâ€™. The implication was that he was a lightweight caught in the headlights. It didnâ€™t take long for the narrative to change to â€˜New Labour, New Dangerâ€™ and for critics on the left to say he was autocratic. Similarly, the media is quickly coming to see that the â€˜clownâ€™ narrative against Boris Johnson is wrong. After his cabinet announcements the Guardian called him â€˜ruthlessâ€™ and the Sunday Times said he had â€œoptimism with a hint of menaceâ€. The professional approach has extending to including more ministers from the North, this region has two ministers both in vital departments: Anne Marie Trevelyan at Defence and Simon Clarke at the Treasury

I can tell you that any doubts I might have had were assuaged on that car journey. Our Prime Minister has all the skills needed to get us the results we want and deserve. He is worthy of our support at this important time for the country. 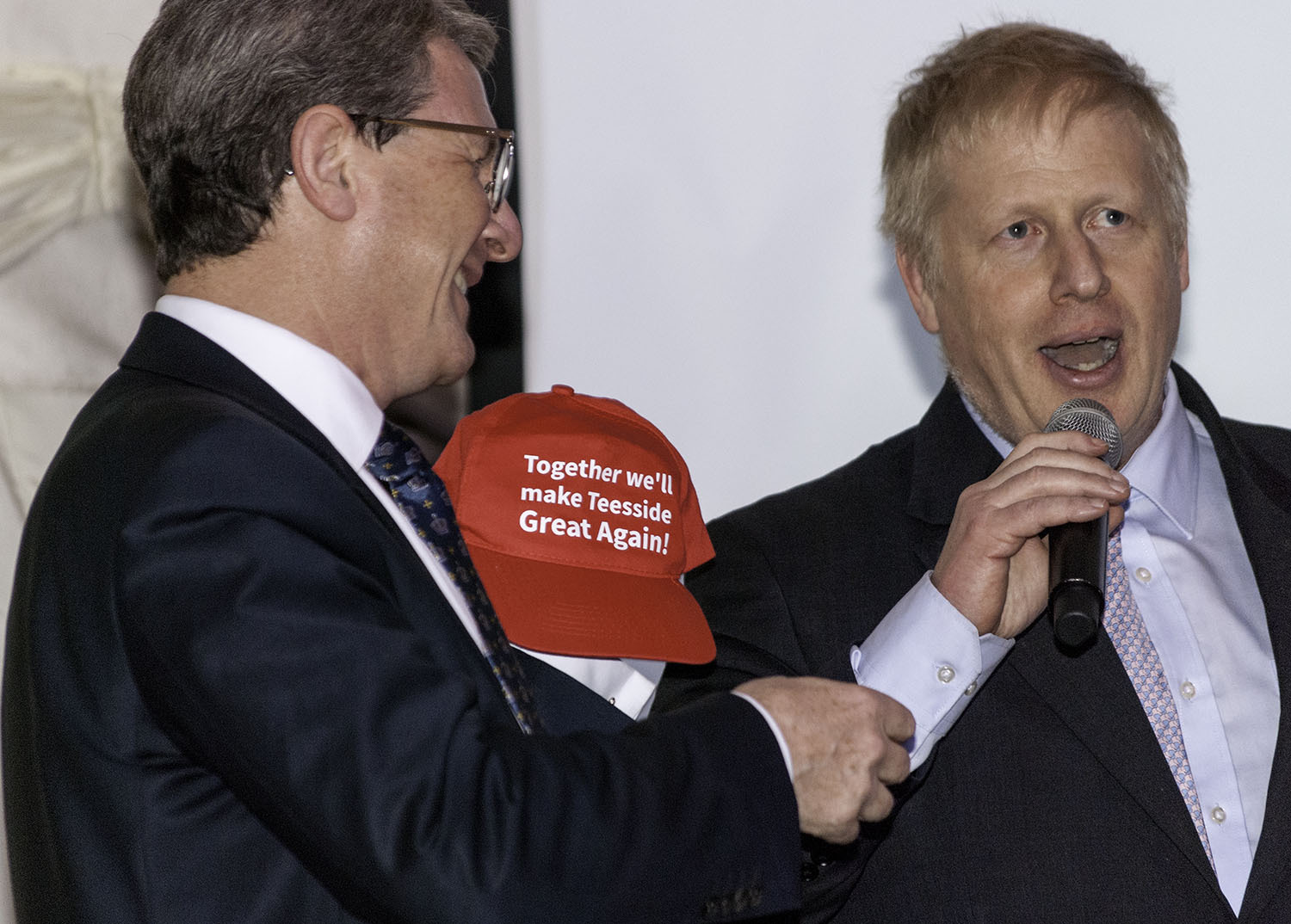