Christmas is a time we start to understand the scale of the North east's Economic diaspora.

Christmas is a time we start to understand the scale of the North East's Economic diaspora, Graham Robb expanded on this point in his Christmas column in the Journal (pic: the last time Graham and his daughter ere pictured together in December 2019)

A Christmas song by North East singer songwriter Chris Rea has become stuck in my mind recently: Driving Home for Christmas. So many people in our region have family far away. Their number is legion and in recent years I have joined them. My longing to see my ‘expat’ daughter is the same as thousands of parents who, like me, have experienced their children emigrate.

For most of my adult working life the North East has had one economic priority: jobs. There have been very few years since I started working, in 1980, that our unemployment figure has not touched 10% of the workforce. This year is different because of a combination of a strong recovery, the Government’s levelling up agenda focusing on our region, years of considered investments and positive arguments from home-grown North East firms and the passionate work economic renewal specialists in our local authorities. All this has led to a new experience of unemployment dipping sharply downwards. It has been around 5% for much of 2021.

Now, many North East employers have an unexpected and awkward problem; a shortage of labour. It’s not hitting any single sector but affects all and it is having a serious effect on the ability of businesses to deliver products and services. There are numerous reasons for the shortages of staff in the private sector. At a recent meeting I attended among a group of professionals, the following explanations were proffered: the willingness of people to leave the workforce or work part time due to their increased savings and a sense of financial security; the higher number of public sector jobs with greater security; holidays and gold-plated pensions; the lack of skills for the jobs being advertised, from craft skills to computer coding; and the effect of a forty year North East diaspora.

The word diaspora is most often associated with people of Jewish descent, it comes from the Greek word for dispersal. The Jewish diaspora was caused by horrible, cruel and inhuman persecution over centuries. The North East diaspora has come about more recently and is due to late 20th Century economic change and industrial decline. I was discussing this with a senior figure in financial services two weeks ago. He was born in the North East, graduated from a good university, joined a national firm and went on to great success never to return to our region. His family has taken root elsewhere in Europe and visits home tend to be for Christmas, weddings or funerals. My friend in finance personifies the problem this region now faces in finding people for jobs, from brickies to barristers. It is the running joke in the brilliant TV series of its day ‘Auf Wiedersen Pet!’; Geordie construction workers finding work in different countries and the culture clashes that arise. But it’s no joke at Christmas, the need of people to leave the region to find work has torn families in our region apart.

The dispersal effect has hit me very hard during Covid. I am terribly proud of both my daughters, one is a doctor in a North East hospital but the other graduated from Oxford and sought a global career which has landed her in Washington DC. I haven’t seen her in two years and in that time she has got married and had two surgeries to deal with a health condition. Following their mother’s early passing I’m the surviving parent and the combination of the great North East dispersal and Covid has tugged at my heart many times. I know others have the same experience. My biggest Christmas wish is that the trip I want to take this month comes off and that the draconian travel restrictions and testing requirements from both the US and UK Government don’t stop my journey.

However, I think there are some indications that our exodus of talent is starting to turn. This week I interviewed a candidate to work at my firm. This bright 22 year-old had graduated with a degree in economics from a top UK University. The first job they had been given was with a London-based professional firm. It was a research job but the candidate never met any colleagues. This firm has gold-plated the lockdown rules and, like many others, stayed ‘working from home’ even when the guidance was not in place to do so. The person I interviewed came to realise the bright London lights were not as attractive as the first appeared, furthermore the news from home in the North East is not all bad. The person is coming home and looking for a professional job here. After the Treasury relocation to Darlington, this candidate has a lot of choice. I hope my business is among the firms able to offer a good position.

The Government talks about levelling up, but it is our local politicians, businesses and people that need to set the right agenda to make it happen. Our ambition is increasingly being matched by the opportunities becoming available. In time, if this is a success, we will attract many of our ‘expats’ to return home and convince our talented young people to stay and make a difference. If we can size this moment in time to ‘level up’, future generations of parents like me won’t be faced with quite so many distant Christmases.

Chris Rea’s song speaks to his family, who live in Middlesbrough. It was written in the 1980s and still rings true today, as we remember loved ones far away and yearn to see them on Christmas Day. This Christmas remember those who are “Driving home for Christmas, with a thousand memories.” 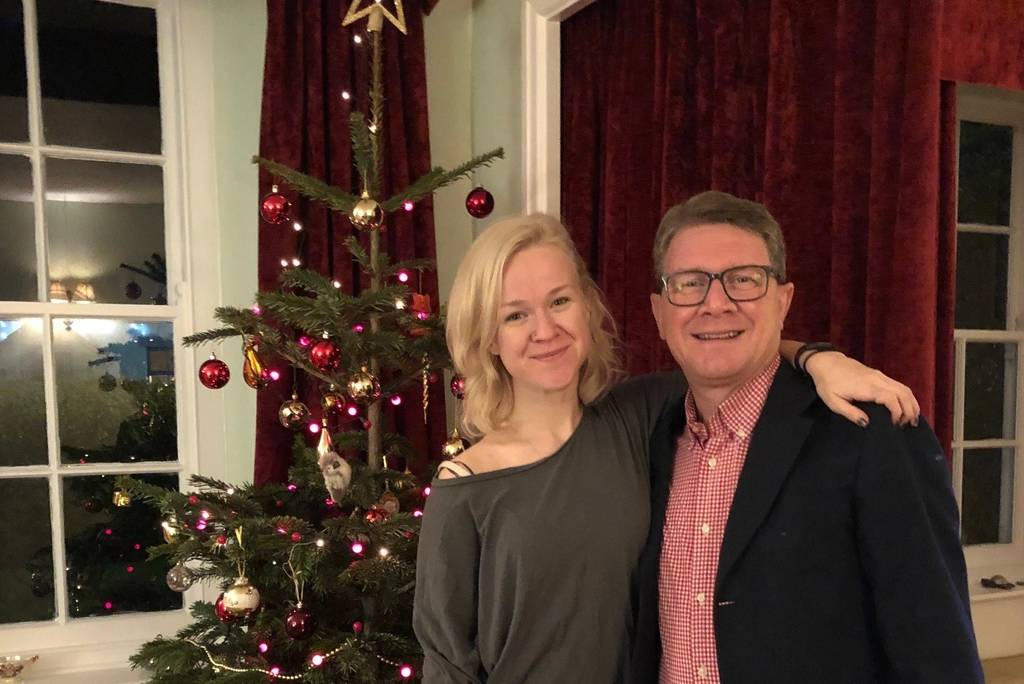