A great budget and fantastic success for Tees Valley Mayor Ben Houchen, his approach should be emulated elsewhere

The day after last week’s budget there were two headlines in our local newspapers; both were accurate and both reflected the sentiment of local readers, in the Gazette on Teesside the headline was, “Huge backing for Teesside” in Newcastle, The Journal went with “It’s all gone south”.

The reaction to the Tees Valley success in the North of the region is born of disappointment, but the success of Tees Valley in the Budget really belongs to the whole North East.  The agglomeration effect will spread the economic benefits far and wide. I can easily imagine relocated civil servants at the Treasury commuting to Durham, the new factories that will be built at Tees Freeport using architects, construction firms, surveyors, accountants, lawyers, marketers from all over the North East. Just as I travel to Newcastle to visit my firm’s PR clients, so too businesspeople in Newcastle will travel to Teesside.

However, we should try to address some of the criticism of the Budget from politicians on the Tyne. Jamie Driscoll, in his column in The Journal on Monday, lashed out quite a bit and had a barbed sign off saying: “I had low expectations of this Budget, and the Chancellor failed to meet them”.

Meanwhile on LinkedIn, the hard reality was being debated. Business leaders were not happy, but they were not attacking the Government, instead the blame was on local leadership. In a post that has been read and commented upon by thousands of people the Newcastle-based business leader and former mayoral candidate, Charlie Hoult, rightly acknowledged the success of Tees Valley Mayor Ben Houchen and then asked: “Who is cheerleading for Tyneside business in Westminster? Who is joining the dots locally?”

The post was followed by uncharacteristically angry and bitter comments from people in business, such as: “My feed has more content in a day from the amazing work Ben Houchen is doing for Teesside than I see in a year from Driscoll”, “North Tyne guy needs to hold his head in shame”, “North of Tyne mayor (who isn't even on LinkedIn) is more concerned about creating Socialist building societies and cycle lanes than he is about creating Jobs” or “Newcastle has a Mayor who is invisible.” The comments were brutal and unforgiving; they may not have been entirely fair but the perception of the mayoralty of Jamie Driscoll and local Labour leadership needs correcting. Jamie says he has a plan for 55,000 jobs in the area he serves, but it has not gained the traction with the Government; he has failed to adequately explain the area’s potential but blames the Government.

I entirely reject the claims of partisanship and bias by the Government. If you look at the North of England as a whole, Humberside, Liverpool and Leeds were big winners too – these are areas with Labour mayors and Labour led councils. Newcastle wasn’t left out of some of the important structural change, it gained significantly from the UK Shared Prosperity Fund.

I want my criticism to be helpful not harmful, but the North of Tyne Mayor does not appear sufficiently focussed on the art of the business deal. His tactics are all wrong; there is too much whining and not enough persuading, too many left-wing causes and not enough understanding of the needs for profitable businesses. The only way to turn the problem around is to acknowledge it first, then address it head on. There are many talented and able public officials in the North East. There are businesses that want to support them. But they must be led by an individual who has the gravitas and political antenna to present the case properly. He regularly uses his Journal column to swipe at business practice. For example, on March 1st he was writing about the gig economy and ‘serfdom’, praising Ken Loach films attacking ‘zero hours Britain’; imagine reading that if you were a struggling bar or café owner forced to close and needing to re-open with staff being paid for the hours that are available. Jamie’s aspirations might be noble but they don’t chime with the reality businesses face. If business leaders think the political leaders are not on their side they won’t engage sufficiently and critical mass is not achievable.

I am proud of the work we have done in Tees Valley, I serve Ben Houchen on its LEP and our development corporation. He is a true consensus politician; he stakes out his ground and gathers people around him. The success we achieved last week was many years in the making. It started with moderate and pragmatic Labour leaders, who agreed to a devolution deal with a mayor. Then after the election, which to everybody’s surprise was won by a talented and energetic Conservative, Tees Valley as a whole began to ask the Government for specific things; a development corporation was at the heart of it. Then plans were worked up and routinely ministers were pressed, not just by the Mayor but also by business leadership in concert with the Mayor. I’ve lost count of the number of open letters that large numbers of people in business have written to cabinet ministers – the most recent was to back the proposals for the Treasury to locate its campus in Darlington.

The Mayor plays his messages neatly into the Government’s agenda. He uses his influence very well. I have witnessed him cornering cabinet ministers and explaining in direct and unequivocal terms what he wants, he is always backed by a carefully prepared case and vocal businesses rallying around. He relies on persuasion more than coercion, but is unafraid to criticise, he is Tees Valley Mayor first and a Conservative mayor second.

From my point of view the timeline that resulted in last week’s contrasting headlines started in 2015, when Labour councils couldn’t reach agreement on big devolution.   After refusing the Government’s devolution agenda, the Labour councils in the LA7 ended up divided. They now have a North of Tyne Mayor and a combined authority for part of the patch with a combined authority south of the Tyne, together with a LEP for the whole area. It must be difficult for people in Government to find their way through this labyrinth.

I backed Charlie Hoult’s mayoral campaign, but it was effectively blown off course as a result of national Brexit turmoil at the low point of Mrs May’s leadership. It is a shame he didn’t win as he has the personality and business acumen to have delivered for his voters. But complaining about election results is as pointless as complaining about the weather, what matters now is those who did win need to up their game, and if they do they will find a chorus of business voices in support. 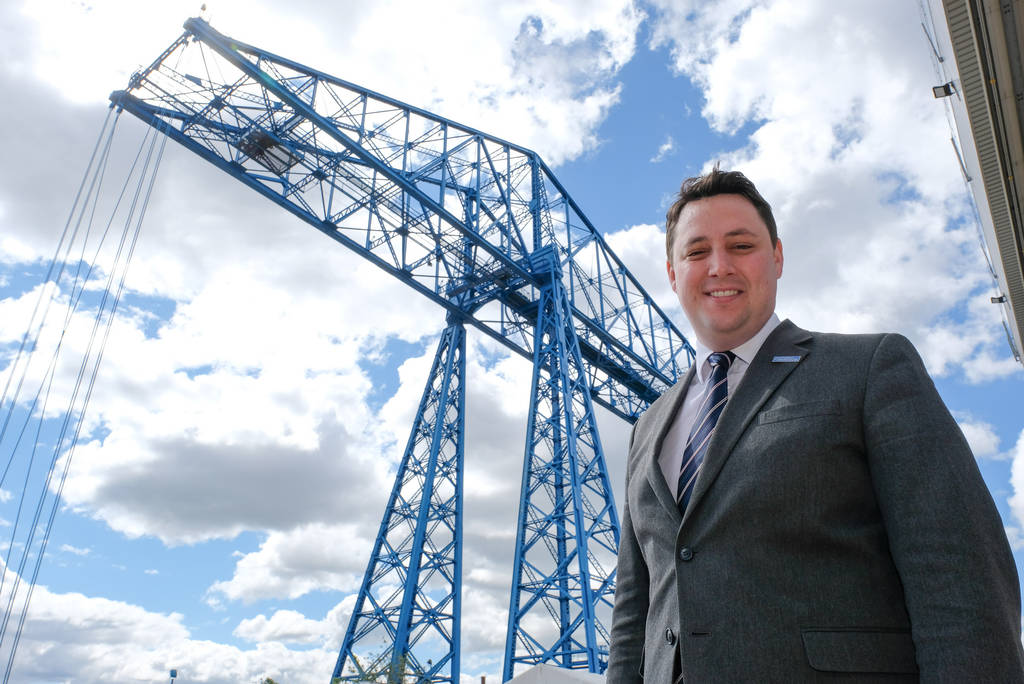