NEWS RELEASE: ISSUED ON BEHALF OF BLACK SHEEP BREWERY The Black Sheep Brewery, based in North Yorkshire, has announced renowned mountaineer Alan Hinkes OBE as a headline guest speaker at its 10th Boots & Beer Walking Festival. Participants will have the opportunity to enjoy an exclusive evening with Alan Hinkes OBE, Britain's foremost extreme mountaineer, who is the first Briton to climb all 14 of the world's highest mountains, each over 8000m high where human survival rate is measured in hours! Alan is part of an exclusive club of only 12 people alive who have achieved this feat, which is the same as the number of people who have stood on the moon. Alan will talk about his experiences, including surviving an avalanche and his many expeditions, including an expedition up Mount Everest in April this year! Walking and beer go hand in hand and both are celebrated at the Black Sheep Boots & Beer Walking Festival, taking place from Friday 9th to Sunday 11th September. Enjoying its 10th anniversary this year the Festival offers a choice of 15 walks ranging from easy to challenging, specially written by Mark Reid, author of 'The Inn Way' guidebooks. Walks start from Hawes, Askrigg or Aysgarth and there is a free daytime shuttle bus linking the three registration desks. There is also a great line up of entertainment for Saturday night, with a number of options to choose from: • A ceilidh and carvery at the Wensleydale Creamery, Hawes • A quiz night with hog and hops sausage and mash supper at the Wensleydale Pantry, Hawes • Live band night at The Falls Cafe bar, Aysgarth Falls • 10th anniversary special with Alan Hinkes OBE at the Fountain Hotel, Hawes Jo Theakston, Director of Marketing and Off Trade Sales at Black Sheep Brewery said: “What could be better than a weekend of fantastic beer, great walks, beautiful countryside, and excellent entertainment? “The 10th annual Black Sheep Boots and Beer Walking Festival is set to be the most exciting yet. There is a jam packed weekend planned to suit all levels of walkers. “We are very proud that Alan Hinkes has agreed to participate in a special evening event. Alan is a real supporter of Black Sheep Brewery and it is an absolute pleasure to welcome him to this year’s Festival.” Alan Hinkes said: “This is a fantastic weekend which I am sure will attract many walkers to Wensleydale to enjoy a weekend of great walks, classic pubs and evening entertainment. “I am pleased to be a part of the 10th Boots and Beer Festival and looking forward to recounting my experiences, meeting some of the walkers and, of course, enjoying a pint of Black Sheep!” Tickets are £27.50 for the weekend; tickets for the evening entertainment are sold separately. All tickets are limited so booking early is essential to avoid disappointment. Full details at www.blacksheepbootsandbeer.com ENDS CONTACT: Caroline Walker on 01325 363436 Notes to Editors: The Black Sheep Brewery in Masham made its first beer in 1992 after being built up by Paul Theakston, whose family had brewed in the area for six generations. In a world of ever increasing bland, mass-produced beer Paul saw an opportunity to return to what his family had done best since 1827, making real beer in the time-honoured fashion. An old maltings building, once part of Lightfoot's Brewery became the Brewery’s home. This landmark building, which stands high over the banks of the Ure, had fallen in to disrepair as years of neglect as a semi-redundant grainstore had taken its toll. Paul assembled a small team around him to fight the rats and build a traditional country brewery. The Black Sheep Brewery name derived from Masham’s association with sheep, but ‘Sheep Brewery’ didn’t quite sound right, so with a little creativity from Paul’s wife the Black Sheep Brewery was born, a name that sat well with the area, spoke volumes about the maverick attitude to the multi-nationals seeking to dominate the brewing industry and captured the essence of the family struggle that led to our birth. Black Sheep Ale at 4.4% ABV, now in an eco-friendly lightweight bottle, continues to maintain its presence among the top ten premium bottled ale brands, and is available nationwide from virtually all the major supermarket retailers. It is a classic premium bitter and as with all Black Sheep beers, full of character derived from the best possible brewing materials, plenty of time and patience in the brewing and our very special Yorkshire Square fermenters. Twitter: Facebook: Share 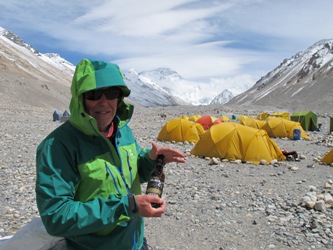