The Visitor Centre, which is in Wellgarth, will be open from 10am to 5pm throughout the Christmas and New Year period, with the exception of Christmas Day and Boxing Day, when it will be closed.

A special New Year’s Day brunch will be served between 10am and 2pm, with the Visitor Centre open from 10am to 5pm.

On all other week days when the Visitor Centre is open, lunches will be services from noon to 2.30pm. On Sunday, December 27th, the serving of lunch will be from noon to 3pm.

Visitors can also take a tour of the Brewery during their visits, learning about the history of Black Sheep and gaining a fascinating insight into how some of the UK’s favourite beers are produced.

Rob Theakston, Managing Director of Black Sheep Brewery, said: “We are looking forward to helping people from near and far to celebrate Christmas and New Year at our award-winning Visitor Centre. The festive period will see us maintaining opening times that will suit anybody who wants to come along, have lunch, take a tour, or even simply to visit our Sheepy Shop.

“Blitzen, our delicious Christmas seasonal ale, will be available at the bar in its cask, as well as in bottles at the Sheepy Shop, meaning there is a special taste of Christmas available for all. Merry Christmas!” 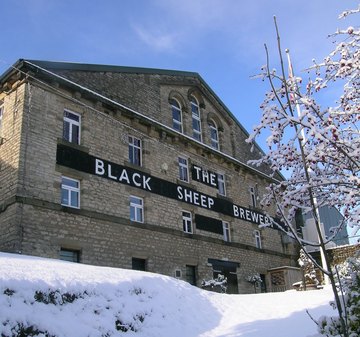