Yorkshire County Cricket Club (YCCC) stars went on a pre-season tour with a difference to celebrate Black Sheep Brewery agreeing a second three-year term of sponsorship of the Club.

The new deal ensures that the two Yorkshire icons remain firmly allied for the 2015 season and beyond, and the ongoing partnership was toasted during a visit by players’ and coaching staff to the Brewery in Masham.

Following the tour, fans were invited to join the Club representatives for a pint, and a chance to get photographs and autographs.

Coach of the current County Champions, Jason Gillespie said: “It is fantastic to have these two Yorkshire icons, Yorkshire County Cricket Club and Black Sheep Brewery, partnering together again for the future.

“We had a great time at the Black Sheep Brewery, meeting members of the famous Theakston family and some of our fans as well. During my time in cricket, I have never before had the privilege of playing in an area as intensely proud as

“So, it is only fitting that this relationship is toasted with Yorkshire’s finest beer.”

Rob Theakston, Managing Director of Black Sheep Brewery, said: “This partnership brings together two important elements of Yorkshire culture in beer and cricket and we’re proud to be the official beer of the club.

“Visitors there have come to see a pint of Black Sheep as an important part of their match day experience.

“Welcoming Jason, Martyn, Andy and Richard and the guys from Yorkshire County Cricket Club to the Black Sheep Brewery for a special tour and to spend time with beer and cricket fans was a fitting way to toast the new partnership.

“We are looking forward to an exciting summer, which we hope will be a huge success for the region, on the cricket pitch, on the roads of the Tour de Yorkshire, and in the pubs across the county, where drinkers continue to enjoy great

The Yorkshire County Cricket Club is one of the world's most famous cricket clubs. Founded in 1863, Yorkshire is England's most successful club, winning a record 33 County Championships, joint Champions twice and five One-Day cricket crowns. Yorkshire can also lay to claim producing more England players in history than any other County, and no fewer than five players – Geoffrey Boycott, Len Hutton, Wilfred Rhodes, Fred Trueman and Herbert Sutcliffe – have been inducted into the ICC Hall of Fame. There is no other English county that can boast five members in the Hall of Fame.

Away from the professional arena, Yorkshire is the hotbed of cricket in the country with in excess of 850 grassroots clubs and schools playing the game every week in the summer equating to over 125,000 recreational players.

Its outstanding work in the local community, via the Yorkshire Cricket Foundation, is regarded as one of the region’s best organised sporting foundations with over 20,000 schoolchildren visiting the Club’s home Headingley Cricket Ground across the year.

Headingley is also one of the world’s renowned international venues and is guaranteed the staging of international cricket every year until at least 2019. The ground opened in 1890 and will celebrate 125 years of sporting heritage in 2015. 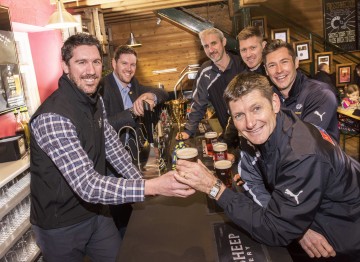