Black Sheep Brewery Chief Executive Charlene Lyons has commented on the latest restrictions introduced by the Government, which includes a three-tier system of regional lockdowns that, in some areas, includes the closure of pubs and restaurants.

Charlene Lyons said: “The hospitality sector cannot be treated exclusively. We are being penalised constantly. We are trying to run businesses and I think that fundamentally we need the opportunity to operate safely just as other businesses are allowed to. People can still shop safely, so why can’t they eat or drink safely.

“As long as individuals are safe and respectful of the rules, venues should be allowed to stay open, giving all businesses an opportunity of survival, without jeopardising anyone’s health and wellbeing or any specific sectors. However, it feels as though we are being singled out rather than being treated on a level playing field. How can pubs close and brewers get no Government support. The two go hand in hand.

“It is foolish and unfair to close hospitality completely. We just need some consistency where no individual industry is penalised over another. The rules put in place have been, and continue to be, inconsistent and unclear and I don’t think in some cases people have understood what they can and can’t do, which has put pressure on our sector and will now make it even more challenging.

“This could have a devastating effect on our industry. Pub operators, landlords and brewers need additional support to be able to ensure that we can afford to continue to pay the millions of people that we collectively employ in the industry as well as supporting the supply chain whom heavily rely on our business.” 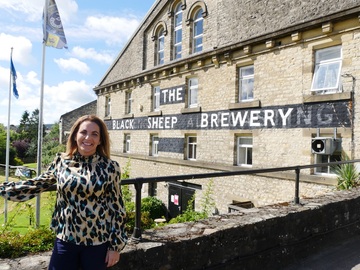