Black Sheep Brewery is an inspired choice this Christmas

Black Sheep Brewery has unwrapped its extensive range of hampers and gifts to offer some Yorkshire-style inspiration this Christmas.

The Masham-based brewery has produced its own unique way of marking the festive countdown with its Black Sheep Beer Advent Calendar. Priced at £64.95, a bottle or can of the finest Black Sheep Brewery and York Brewery ale awaits behind each door.

Connoisseurs can also select from 20 of the brewery’s beers to create ‘Your Perfect Beer Crate’, available for delivery straight to your door.

A range of Black Sheep Brewery beers are available to be included in the ‘Pick n Mix Gift Box’ (£8.50) while the ‘Create Your Own Gift Set’ option allows customers to include six to ten of their favourite items, including food, drink and giftware.

New for this year, is the brewery’s first ever spirit, Black Sheep Yorkshire Dry Gin. Priced at £39.95 for a 70cl bottle, the 42% abv premium strength gin is handmade in Masham using a copper alembic still over an open flame.

Bursting with citrus aromas and flavour, it is a blend of 14 botanicals, including the spice of pink peppercorns and – with a nod to its brewing heritage – a touch of malt barley and lemondrop hops.

Jo Theakston, Sales and Marketing Director, said: “Hopefully we can put a smile on the face of Black Sheep Brewery aficionados by spreading some alternative Christmas cheer, Masham-style.

“Don’t condemn friends and family to unwrapping ill-fitting jumpers or unwanted toiletries this year, instead why not treat them to their favourite beers or a range of tempting Yorkshire delicacies.

“Otherwise we can provide the perfect present in the form of our recently launched Black Sheep Yorkshire Dry Gin, which is an artisan Yorkshire take on the classic London dry gin style.

“We have a gift pack or hamper to suit every taste and budget so why not flock to Black Sheep Brewery for a little festive inspiration!” 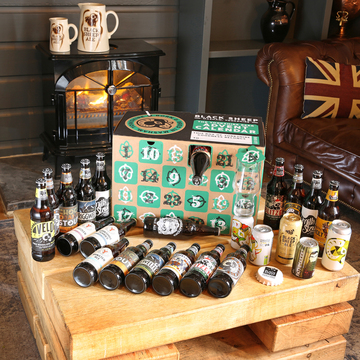 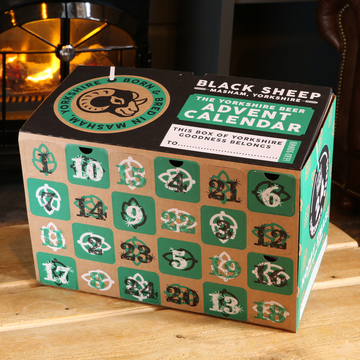