Black Sheep Brewery has joined forces with a group of fellow small independent UK breweries to encourage the Chancellor of the Exchequer to introduce measures to invest in the future of a much-loved British industry.

The Masham-based brewery is one of the signatories on a letter to Rt Hon Rishi Sunak MP recommending a series of policy ideas to help independent British brewers invest in its operations, including halving beer duty bills, which would provide an immediate financial boost and support the restarting of their brewing and pub operations.

The brewers have also called for the same level of government support that has been afforded to other areas of the hospitality sector. Despite being a primary supplier to pubs and restaurants, breweries have not been eligible for business rate holidays or the £25,000 business support grant.

Other measures recommended to the Chancellor include encouraging HMRC to take into account the record low levels of beer production in its duty calculations and give brewers additional time to pay.

If the government supports the independent brewery sector with the introduction of these measures it would enable Black Sheep to protect jobs and make a series of investments to increase the sustainability of the business.

This includes accelerating the investment it is already making into its own packaging plant in Masham, which will create new jobs in the town.

A reduction in beer duty costs would allow Black Sheep to continue and expand its Yorkshire home delivery service, which it launched at the start of the government lockdown, and would ensure it can continue to serve vulnerable and remotely-located customers.

It would also support the brewery’s activity to make its operations COVID-proof as it works to get back to pre-lockdown production levels. In addition, this investment will be essential for Black Sheep’s Visitor Centre, which attracts thousands of visitors every year.

Andy Slee, Chairman of Black Sheep Brewery, said: “Independent UK breweries are a vital part of our industry, contributing billions of pounds to the economy, supporting thousands of jobs. However, the COVID-19 pandemic represents an unprecedented threat to small British breweries and the jobs they support.

“Following the closure of pubs and restaurants breweries lost 80 percent of their business overnight, but we are ready to fight back and need the support of the government to make the necessary investments to sustain and grow our businesses.

“The introduction of a temporary duty reduction would provide spend with our smaller suppliers, many of whom are Yorkshire based. It will therefore also help protect their businesses and multiple jobs too further down the supply chain.” 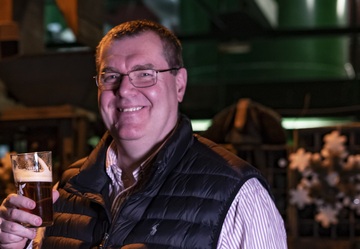