An expert panel of judges was quick to recognise the fantastic range and quality of beers produced by the family-run-brewery in Masham, North Yorkshire.

Billed as the ‘world’s best beer competition and awards’, the International Beer Challenge (IBC), now in its fourth year, aims to reward and promote excellent beers from around the globe.

The latest accolades join eight Gold and Silver awards presented to Black Sheep Brewery in May by the Society of Independent Brewers (SIBA) at its North East awards.

It had also earned another success earlier in the year when it received a Gold award for its 54 Degrees North lager in SIBA’s North East Keg Premium Lager & Pilsners category.

In all, Black Sheep Brewery has now amassed an impressive 21 accolades since March.

Rob Theakston, Managing Director at The Black Sheep Brewery, said: “The level of competition at the internationally-recognised IBC awards is always tough, but we are delighted to have received nine Bronze and Silver medals – building on our already notable achievements.

“It’s fantastic to be recognised not only for our traditional ales, which remain at the heart of our family-run business, but also for our spirit of innovation in developing such new and dynamic brews, including our first ever lager, 54 Degrees North, Milk Stout and, of course, the distinctive Limencello Sour.

“These awards are a testament to our brewing team’s ongoing dedication to excellence. They consistently produce great-tasting quality beers which are obviously appreciated by both our customers and industry experts.” 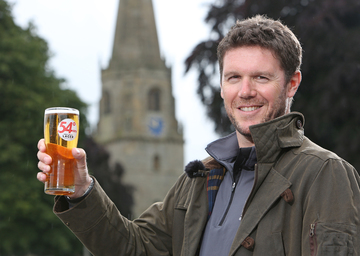