Black Sheep Brewery, one of Yorkshire’s most iconic businesses, has received another prestigious accolade for its award-winning visitor centre.

The Black Sheep Brewery Visitor Centre, in Masham, has received a TripAdvisor Certificate of Excellence, as a result of consistently positive reviews on TripAdvisor.

Black Sheep’s Visitor Centre comprises of its split-level Bistro and Baa…r, which serves locally sourced meals and snacks, which are prepared by its professional chef, as well as the Sheepy Shop. The brewery also offers tours of its facilities, including its Brewhouse and fermenting room, which gives an overall understanding of its decorated history.

The Certificate of Excellence, which is in its sixth year, celebrates hospitality businesses that have earned great traveller reviews on TripAdvisor over the past year. Recipients include accommodations, eateries and attractions located all over the world that have continually delivered a quality customer experience.

To qualify for the TripAdvisor Certificate of Excellence, a business must maintain a an overall TripAdvisor bubble rating of at least four out of five, have a minimum number of reviews and must have been listed on TripAdvisor for at least 12 months.

Jo Theakston, Sales and Marketing Director at Black Sheep Brewery, said: “To be recognised for our quality and consistency is testament to the hard work of our staff, and we are delighted to be recipients of TripAdvisor’s Certificate of Excellence. In addition to producing Great Yorkshire Beers, we offer an all-round experience for the whole family to enjoy with our comprehensive and educational brewery tours and a vibrant atmosphere for people to enjoy meals in our bistro, which can also provide the ideal location for large groups and parties.

“I would like to thank all our customers, suppliers and staff for their support over the years, which has helped transform our visitor centre into such a well-known and popular attraction in Yorkshire. We are now looking to build on this positivity and hopefully celebrate further successes in the future.” 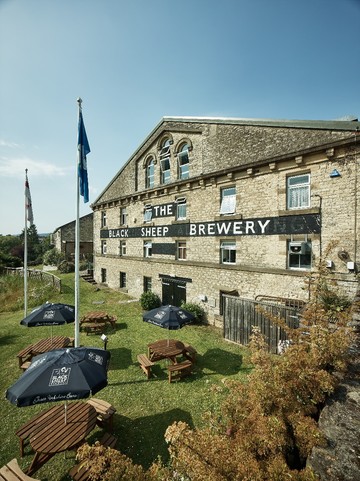