The Black Sheep Brewery is celebrating continued success after claiming eight accolades at a prestigious industry event, making it 12 awards won since March.

The Masham, North Yorkshire-based brewery was recognised by the Society of Independent Brewers (SIBA) at its North East Awards, as eight of its brands were awarded Gold and Silver accolades.

Completing the recent award wins for Black Sheep was Milk Stout, which won a Gold award in The International Brewing Awards 2019, in the Dark Beer (3.8%-4.7% ABV) category and followed up this success with the event’s Championship Trophy.

Established in 1980, SIBA is an organisation which represents the interests of UK independent breweries.

Jo Theakston, Sales and Marketing Director at The Black Sheep Brewery, said: “This has been one of our most successful periods in terms of award wins, and I am incredibly proud of our brewing team for their creativity and consistently creating great tasting and award-winning beers. It was also nice to see York Brewery also celebrated, which highlights the brewing prowess of both our operations.

“The competition at SIBA’s regional awards is always intense, which make this latest success all the more important. We are now looking forward to building on this period of positivity and hopefully we will be celebrating continued award wins in the future.” 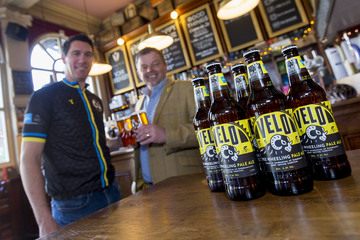