Black Sheep Brewery has unveiled a collection of special ‘stay at home’ Father’s Day gifts for dads waiting patiently for the pubs to re-open!

The set of three Father’s Day packs feature a range of Black Sheep brews, Yorkshire food and gifts and can be delivered throughout the UK to arrive by 21st June.

Black Sheep’s Father’s Day Beer Pack features a collection of four of its most popular beers, including Black Sheep Ale and Riggwelter, along with treats such as Wensleydale Cheese & Black Sheep Cheese, Black Sheep Chutney and their classic pint glass.

For gin lovers the brewery has created a gift pack that includes, along with the cheese and chutney selection, a 70cl bottle of Black Sheep Gin, a branded gin glass, a collection of tonics and a pouch of juniper berries and pink peppercorns.

Priced between £59.95 and £89.95, the packs all include a Black Sheep bar towel, notepad, bottle opener key ring, a travel mug, and a voucher for a family tour of the Masham brewery, which can be booked when COVID-19 restrictions are lifted.

Not only that, the brewery has also included a new and exclusive Cheeseboard which is handmade in Masham and literally ‘branded’ with Black Sheep’s iconic logo via a hot branding iron.

Charlene Lyons, Chief Executive at Black Sheep Brewery, said: “Going to the pub to enjoy a relaxing pint is one of the joys of many people on Father’s Day, but in the current circumstances we’re helping dads experience a stay at home celebration with our collection of gift packs.

“We’ve pulled together an extensive collection of beer, gin, food and gifts so dads can have a taste of Black Sheep and Yorkshire from the comfort of their own living room or garden, raising a glass to the thought of returning to the pub”.

The full contents of the Black Sheep Father’s Day Packs: 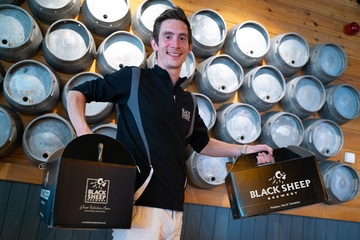 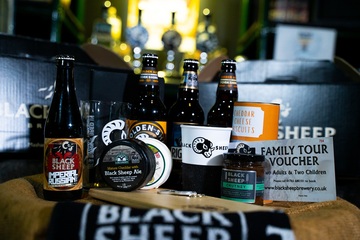 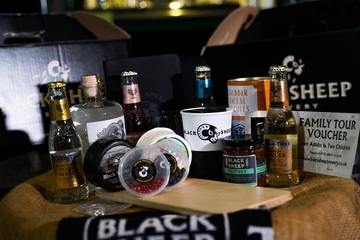