Black Sheep Brewery is continuing its innovation and product development this February with the launch of its iconic Black Sheep Best Bitter in bottle for the very first time as a limited edition offering for its drinkers.

While fans of this stalwart of the Black Sheep range wait patiently for the reopening of pubs, the Masham-based brewery has launched a 5,000-bottle run of its Best Bitter, which is available exclusively from its online store and its local ‘Brew to Ewe’ delivery service.

First brewed in 1992, Black Sheep Best Bitter has become one of the UK’s best-selling session cask ales. However, this is the first time in almost 30 years that the 3.8% ABV beer will be available in a bottle.

Throughout the past year Black Sheep Brewery has continued to evolve its range and services to ensure loyal and new customers can enjoy their favourite beers while pubs and restaurants have been shut or only able to offer limited services during the pandemic.

It has expanded its range of bottle, canned and mini-keg beers as part of its growing e-commerce activity and successful local delivery service, both of which have become essential ways for customers to safely purchase their taste of Yorkshire.

“This is another example of how we are constantly evolving our business to respond to the challenges of the last month, by being able to produce the beers that our customers love and deliver them to homes around the country.” 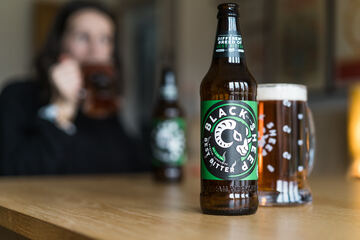 Black Sheep Best Bitter is available in a bottle for the first time
Download Large Image
Latest Tweets from @Recognition1st :