Black Sheep Brewery is celebrating after its flagship strong ale was named among ‘Britain’s Champion Beers’ at the Great British Beer Festival.

Riggwelter, Black Sheep’s famous 5.9% ABV strong, ruby ale, made the final shortlist in the Strong Bitter category at the festival, hosted by the Campaign for Real Ale (CAMRA).

The Great British Beer Festival (9-13 August), which is held at Olympia, in London, features some of the UK’s leading brewers of real ales, ciders, perries and international beers.

Jo Theakston, Sales and Marketing Director at Black Sheep Brewery, said: “We are absolutely delighted and honoured to have Riggwelter recognised as one of the country’s best strong beers, which is a credit to the hard work and dedication of our brewing team.

“Riggwelter has grown to become one of our flagship ales and to make the final cut is something we are extremely proud of, given the esteemed competition we were up against, which follows on from Riggwelter’s previous award successes.”

Jo added: “Alan Dunn and Phil Douglas who head up our brewing team and their colleagues deserve a special mention and praise as they continue to produce great Yorkshire beers day in, day out. Hopefully their creations will be rewarded with further recognition in the future.” 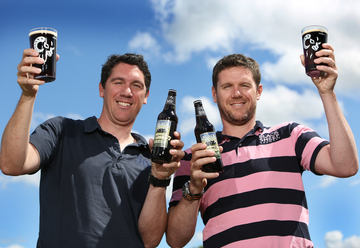