Black Sheep Brewery has secured a raft of national listings for its newest seasonal ale, Rye Mild, throughout September and October.

Rye Mild, an all day, dark session ale, will be available in JD Wetherspoons, Mitchells & Butlers and EI Group pubs, as well as to a number of Black Sheep’s local and wholesale customers.

At 4.1% ABV, Rye Mild is brewed with a balance of darker malts and roasted rye for a slightly spicy flavour, together with Challenger, Golding and Chinook hops that offers a light, fruity aroma.

Jo Theakston, Sales and Marketing Director at Black Sheep Brewery, said: “It’s great news that we have secured such significant listings with a number of the industry’s leading pub estates. It is yet another first for Black Sheep as Rye Mild is the latest new and exciting beer style from our superb team of brewers.

“Rye Mild offers a slightly spicy taste, with a fruity aroma, that we believe will go down a treat with Black Sheep drinkers and cask ale fans, in general. We are now hoping to build on these listings and positivity, by continuing to create more exciting new brews.”

Its introduction follows the first-ever lager launch from the Masham-based brewer, when it unveiled 54 Degrees North in July, and Rye Mild forms part of the Black Sheep’s 25th anniversary, 2017 seasonal ale calendar.

Jo added: “Our 25th anniversary year has been a very creative one, most notably in the launch of our first lager, 54 Degrees North. We have also released a diverse range of seasonal ales, and Rye Mild is another example of us experimenting with different beer styles.” 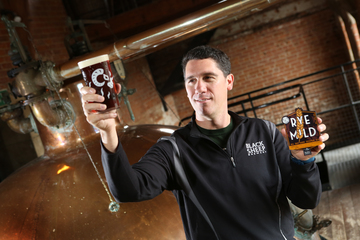