The Black Sheep Brewery is bolstering its core cask range with the addition of a ‘new breed’ of pale ale.

At 4% ABV, Black Sheep Pale Ale is a fresh and juicy pale ale, packed with new world hops which fuses together the qualities from British and American pale ales. It is brewed with Galena, Cascade, Citra and Amarillo hops, and fresh water from the Yorkshire Dales, using Black Sheep’s famous Yorkshire square fermenting vessels.

While Black Sheep has continued to diversify its range of beers and brands because of the ever-changing cask ale market, including the launch of 54° North, its first-ever lager, and the creation of new craft ales, it has remained committed to the production and development of its cask ale brands.

Last year, Black Sheep developed its Best Bitter brand with a new look, which included the launch of a new, striking pump clip.

The launch of Black Sheep Pale Ale follows a successful period for its brewing team as several of Black Sheep’s brands have been recognised across the industry.

Eight of its beers won Gold and Silver medals at the Society of Independent Brewers (SIBA) North East Awards and Milk Stout was recognised with the Championship Trophy and Gold award at The International Brewing Awards 2019.

Jo Theakston, Sales and Marketing Director at The Black Sheep Brewery, said: “This is an exciting time for Black Sheep as we continue to invest in the development of our brands and diversify into new markets. Black Sheep Pale Ale fits perfectly into our core cask ale range, alongside our leading Best Bitter and Special Ale brands, as we aspire to create one of the best ranges in the UK that meets the needs of drinkers.

“Black Sheep Pale Ale is a bold and modern beer which will appeal to engaged ale fans, and we are excited by its potential. This latest launch follows a prolonged period of success for our brewing team, which has received both national and international praise, and this prowess has gone into the creation of Black Sheep Pale Ale.”

Black Sheep has grown to become one of Yorkshire’s most recognised brands and is the official beer of the Tour de Yorkshire.

In recent years, Black Sheep has been recognised with a series of prestigious awards, including:

In 2019, Black Sheep built further enhanced its retail portfolio with the acquisition of popular Leeds-based bar and restaurant, Kith & Kin, from Arc Inspirations. 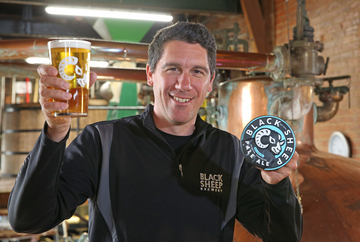 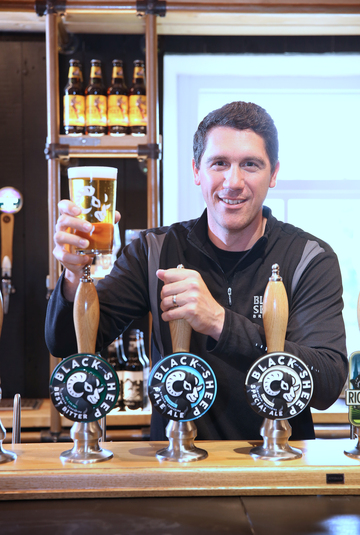