Black Sheep Brewery is giving couples forced to postpone their weddings due to the Coronavirus pandemic the chance to celebrate their rearranged date with a unique, personalised beer to toast with their guests.

With many couples left devastated after being forced to postpone their big day as a result of Covid-19, the North Yorkshire-based brewery is helping out where it can by offering the newlyweds and each of their guests a personalised beer featuring labels designed and produced in collaboration with the couple.

The brewery is calling on friends and family of those who have had their wedding day postponed, to nominate why their chosen couple deserves to receive a bespoke wedding day brew.

With the travel industry hard hit by the pandemic, Black Sheep is also offering a ‘Yorkshire Mini-Moon’ for the chosen couple, consisting of a two-night, 5* stay in Masham including a personal tour of the brewery and a Michelin Star meal.

Nominations can be sent to Black Sheep via its website (https://www.blacksheepbrewery.com/win-your-own-wedding-beer/) and entries close on 28th February, with the chosen couple randomly selected on March 1st.

With 71% of couples having had to postpone their weddings due to COVID-19 (survey conducted by Hitched.co.uk), Black Sheep hopes that the small gesture will lighten the load and put an even bigger smile on the faces of the happy couple on their wedding day.

Charlene Lyons, Chief Executive of Black Sheep Brewery, said: “Lockdown restrictions have robbed so many couples of their big day during 2020 and the start of this year, which has led to many thinking about how they can make it even more special when it can go ahead.

“Hopefully later this year normality may resume, which will mean we’ll see a flurry of weddings and as part of our #PintHalfFull campaign, we wanted to surprise one of them with a personalised gift from everyone here at Black Sheep.

“From an intimate affair to a day with a few hundred guests, we’ll lay on a bottle of the couple’s very own wedding brew which can be kept as a keepsake for years to come.

“Together with the ‘mini-moon’ in North Yorkshire, we hope that this will take some of the pressure off what is a challenging time for everyone and help create some very special memories.” 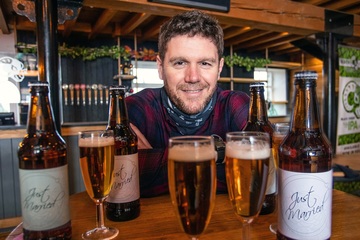 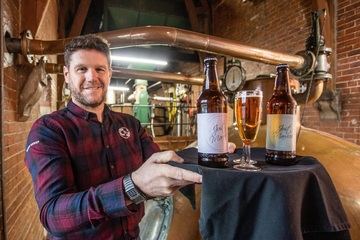