Black Sheep to launch exclusive new ale in the North

Black Sheep Brewery is to pay tribute to the North’s pub trade with the creation of an exclusive, new cask ale.

The Masham-based brewery has launched ‘BAA BAA, its first, permanent session pale ale, which is available exclusively to pubs throughout Yorkshire and the North East.

With an ABV of 4.0%, BAA BAA is an easy drinking and refreshing session pale ale brewed with Cascade hops.

It has been launched in anticipation of Black Sheep Brewery’s 25th anniversary, next year, and will be available to customers throughout the North from October 3rd.

Jo Theakston, Sales and Marketing Director at Black Sheep Brewery said: “Turning 25 next year will be a landmark anniversary for Black Sheep and we’re launching BAA BAA with pubs in our heartland area as a way to thank them for their continued support and offer them something new and special.”

“Our award-winning brewing team have been coming up with a string of creative brews like BAA BAA that are proving to be a hit with pubs. BAA BAA is an easy drinking pale ale with a fresh, zesty twang, which we think will appeal to both ale and lager drinkers across the region.”

He added: “We have already received a superb response to BAA BAA from pubs, and we’re hoping drinkers give BAA BAA the thumbs up too.” 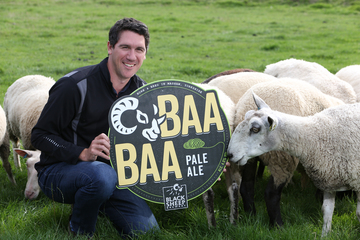