The Black Sheep Brewery will round-off a successful year with the return of two of its popular beers this Christmas.

The Masham-based brewery has announced the return of its Monty Python-inspired, ‘very naughty’ pale ale, Brian, and Blitzen to pubs and bars until 22nd December.

At 3.9% ABV, Brian, was created in 2016, in collaboration with Monty Python and named in homage to the comedy troupe’s 1979 film, ‘Monty Python’s Life of Brian’.

Blitzen, a 4.0% ABV ruby ale, was launched in 2014 and features chocolate and spice notes to create a distinctively ‘Christmassy’ taste and aroma.

Jo Theakston, Sales and Marketing Director at The Black Sheep Brewery, said: “Our creative brewing team has continued to produce award-winning brews and delivered an all-round, exciting seasonal ale calendar over the course of the year. The return of Brian and Blitzen will be welcome additions to the bar over the festive period, offering drinkers a choice of two Christmas-inspired brews that are full of character and flavour.

“We’ve enjoyed a positive year, which sets us up perfectly for 2019 and beyond, with next year’s seasonal calendar set to offer plenty of variety once again.” 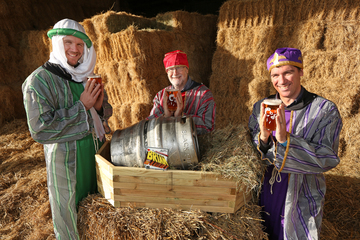 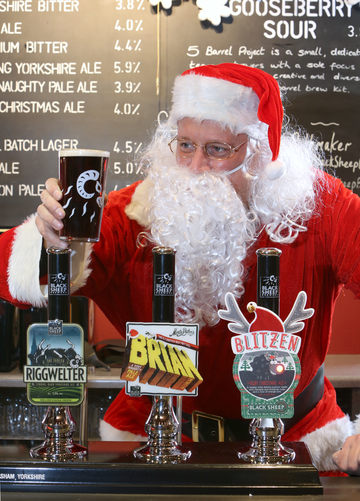