The Black Sheep Brewery’s multi-award-winning bottled ale range is to be given a fresh look with new ‘fleeces’ that will strengthen its appeal on supermarket shelves.

Yorkshire’s number one bottled amber and golden beers, Black Sheep Ale and Golden Sheep Ale, respectively, are receiving bold facelifts that brings the spirit of the ‘black sheep’ and the county to the fore.

Black Sheep Ale is a 4.4% ABV premium Amber ale, brewed with Golding hops and fruity notes. It was awarded three stars at The Beer Awards 2017 and claimed a silver medal in the amber pale category at the 2017 World Beer Awards.

Golden Sheep Ale at 4.5% ABV is one of Black Sheep’s flagship bottled brands, brewed with First Gold hops, lemon and grapefruit, it offers a zesty taste with a moreish finish.

To mark the facelift of Black Sheep Ale, Black Sheep has launched a competition for shoppers to win ‘Great Yorkshire Weekends’, with a series of winners invited for a private tour of the brewery together with one night’s accommodation and dinner in Masham.

The new branding of both brands will feature the Masham-based brewery’s iconic sheep as the main focus of the new label sets, which are foil blocked on thick premium ‘craft’ paper.

Jo Theakston, Sales and Marketing Director at The Black Sheep Brewery, said: “The brand refresh of both Black Sheep Ale and Golden Sheep gives our flagship bottled ale brands an even bolder and more premium look, giving them even greater standout on supermarket shelves up and down the country.

“We are proud of our Yorkshire roots and with the sheep at the heart of our branding we aim to build on the strong following these brands have developed over the years. With the Tour de Yorkshire taking place next week, it is an exciting time for Black Sheep and to mark this, we want to offer our drinkers the chance to enjoy God’s Own Country through our on-pack competition.” 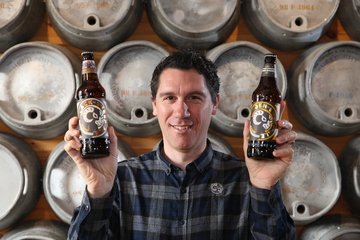 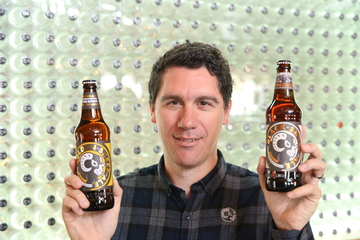