NEWS RELEASE: ISSUED ON BEHALF OF THE BLACK SHEEP BREWERY The Black Sheep Brewery’s founder and Chairman, Paul Theakston was presented with an Outstanding Achievement Award at this year’s Flavours of Herriot food awards. Paul was given the award by Ian Ashton of the Herriot Attractions Group at a ceremony held at Thirsk Racecourse for his commitment to the Brewery, and in-turn raising the profile of Yorkshire. The Flavours of Herriot food awards are designed to recognise the contribution of dozens of cafes, restaurants and food producers across the district. Paul established Black Sheep in 1992, at a time when interest rates were high and no-one was investing in manufacturing and certainly not brewing. He took over the running of the family’s Theakston’s brewery at the age of 23, when his father died. When the company was taken over by a larger brewery, Paul, set up the Black Sheep Brewery in order to continue brewing in Masham, using a time-honoured traditional Yorkshire process. Paul Theakston said: “I am thrilled to be given this award. Brewing has been at the heart of my family for generations and I am honoured to be presented with an award for doing something I love. “The brewery is in its 20th year and it has achieved great success. Black Sheep has developed into one of the most iconic Yorkshire brands and our beers are recognised nationwide. My son, Rob Theakston, has taken the role of Managing Director and I am looking forward to supporting him to achieve another successful 20 years at the Brewery.” For more information please visit: www.blacksheepbrewery.com/blog/paul-theakston-receives-outstanding-achievement-award/ ENDS CONTACT: Melanie Smith on 01325 363436 Notes to Editors: Please note the Black Sheep Brewery has a new logo, if high res version is needed please download from: http://www.recognitionpr.co.uk/journalistarea-story.asp?id=11216 The Black Sheep Brewery in Masham made its first beer in 1992 after being built up by Paul Theakston, whose family had brewed in the area for six generations. In a world of ever increasing bland, mass-produced beer Paul saw an opportunity to return to what his family had done best since 1827, making real beer in the time-honoured fashion. An old maltings building, once part of Lightfoot's Brewery became the Brewery’s home. This landmark building, which stands high over the banks of the Ure, had fallen in to disrepair as years of neglect as a semi-redundant grainstore had taken its toll. Paul assembled a small team around him to fight the rats and build a traditional country brewery. The Black Sheep Brewery name derived from Masham’s association with sheep, but ‘Sheep Brewery’ didn’t quite sound right, so with a little creativity from Paul’s wife the Black Sheep Brewery was born, a name that sat well with the area, spoke volumes about the maverick attitude to the multi-nationals seeking to dominate the brewing industry and captured the essence of the family struggle that led to our birth. Black Sheep Ale at 4.4% ABV, now in an eco-friendly lightweight bottle, continues to maintain its presence among the top ten premium bottled ale brands, and is available nationwide from virtually all the major supermarket retailers. It is a classic premium bitter and as with all Black Sheep beers, full of character derived from the best possible brewing materials, plenty of time and patience in the brewing and our very special Yorkshire Square fermenters. Twitter: Tweet Facebook: Share 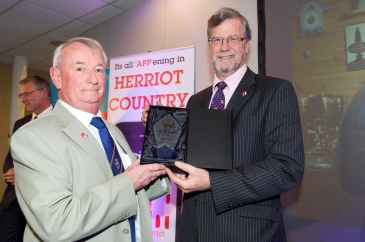