One of the UK’s best-selling session cask beers is set to be given a new look, while keeping true to its ‘black sheep’ nature, that will broaden its appeal among drinkers.

Black Sheep Best Bitter will receive a facelift with a striking, new pump clip that will feature in pubs and bars across the UK from September, as Black Sheep continues to champion its ‘engine room of the brewery’ despite the ever-changing cask ale market.

While Black Sheep has diversified its range, including producing craft ales and 54° North, its first-ever lager, it has remained committed to ‘Best Bitter’ as a descriptor of its leading cask beer when other brewers have moved way from using this term.

First brewed in 1992, when Black Sheep was established in Masham, North Yorkshire, Black Sheep Best Bitter has grown to become Yorkshire’s number one selling cask ale in volume terms and is the brewery’s biggest-selling beer.

It is also the official beer of Yorkshire County Cricket Club and fronted the region’s premier professional cycling race, the Tour de Yorkshire, for the first time this year.

Rob Theakston, Managing Director at Black Sheep Brewery, said: “We believe Black Sheep Best Bitter is the definitive beer of its style and this brand refresh will help give our flagship on-trade brand an even bolder and more contemporary presentation as we look to the future. The feedback to the new design has been fantastic and it is another example of how we are innovating and investing behind our portfolio.

“We are excited by Best Bitter’s new look, which showcase’s Yorkshire’s best-selling pint and will continue to offer customers a proper pint of God’s own country.” 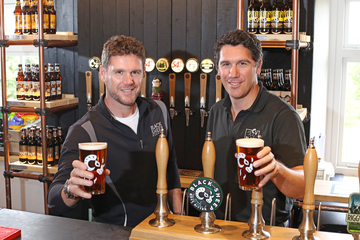 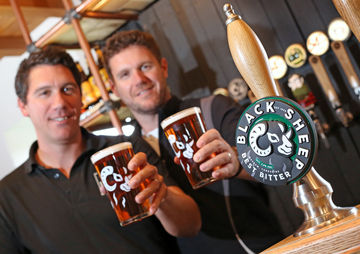