The Black Sheep Brewery is celebrating continued international success as one of its brands has been recognised with another prestigious award.

Following on from its Gold award in the International Dark Beer (3.8%-4.7% ABV) competition at The International Brewing Awards 2019 in March, Milk Stout won the event’s Championship Trophy.

At 4.4% ABV, Milk Stout is brewed with lactose and a robust malt blend that offers drinkers a creamy stout with notes of chocolate, vanilla and coffee and a sweet taste against a light bitterness.

In March 2018, production of Milk Stout was scaled up to the retail market in bottled format as Black Sheep secured a national listing with Tesco. Before then it was only been available as a cask beer.

Jo Theakston, Sales and Marketing Director at The Black Sheep Brewery, said: “We are over the moon to have followed up Milk Stout’s success with this latest award win. The International Brewing Awards is a major event for the industry and features many top brewers, and we are proud of how far Milk Stout has come and its growing popularity among drinkers.

“Milk Stout’s success, along with the other award-winning brands we have in our flock, is testament to the hard work and dedication of our creative brewing team. They put in the hours day-in, day-out to produce great tasting beers enjoyed throughout the UK and beyond, and none of this success would be possible without them.”

Mr Theakston added: “Hopefully we can follow this award win up with further accolades in the future.” 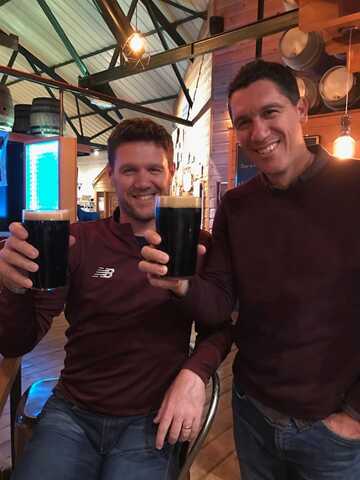