The Black Sheep Brewery is to continue its 25th anniversary celebrations over the Easter holidays.

The brewery’s award-winning Visitor Centre, which is in Masham, North Yorkshire, will be open throughout the long weekend and school holidays, with a number of seasonal initiatives taking place over Easter.

2017 marks the 25th anniversary of Black Sheep Brewery, which was established by Paul Theakston in 1992.

Visitors aged in multiples of 25, and who are over the age of 18, will be treated to a complimentary pint of any one of Black Sheep’s beers and staff will be arranging Easter egg trails for children, who take part in a tour of the brewery.

Velo, Black Sheep’s best-selling seasonal ale, which is available in pubs throughout April will also be available for guests to enjoy. It was initially brewed ahead of Le Grand Depart, in 2014, and has been brought back to celebrate Tour de Yorkshire.

People who visit the brewery over Easter will also have the opportunity to reserve their place at a VIP behind the scenes brewery tour, which will be delivered by Paul Theakston on May 3rd as part of Black Sheep’s 25th anniversary celebrations. The tour will also include a brewer’s breakfast and is restricted to 20 visitors, on a first-come, first served basis.

It will be open Monday-Wednesday from 10am-5pm, Thursday-Saturday 10am-11pm and Sunday from 10am-5pm. On Easter Sunday (16th April), Black Sheep’s professional chef will be preparing a seasonal special Sunday lunch, which will be served from 12pm-3pm.

Jo Theakston, Sales and Marketing Director at Black Sheep Brewery, said: “Easter is always a special time of year for people, who enjoy quality time with their families and friends, and we want to cater to the needs of everyone over the holidays. It is a special year for us too, with our 25th anniversary taking place, and we have a number of celebrations planned over the course of the year, as well as a number of seasonal initiatives.

“People over the age of 18 and who are aged in multiples of 25, will be treated to a beer on the house after taking part in one of our brewery tours, and visitors will be able to bask in the spring weather with a pint of our Great Yorkshire beers.”

Black Sheep’s Visitor Centre, which comprises of its split-level Bistro and Baa…r, and Sheepy Shop, received a TripAdvisor Certificate of Excellence as a result of consistently positive reviews on the website.

Booking for Easter Sunday lunch and brewery tours in advance is essential. 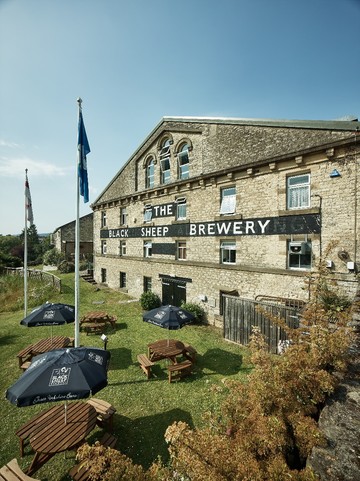