Black Sheep Brewery has embarked on an ‘adventurous’ new chapter in its rich history with the launch of 54 Degrees North - its first-ever lager.

54 Degrees North has been created in homage to Black Sheep’s hometown of Masham,

A premium small batch craft lager, 54 Degrees North has been officially endorsed by leading British mountaineer and explorer, Alan Hinkes OBE, who is the only Briton to have climbed all fourteen of the world’s 8,000m peaks.

Black Sheep has launched 54 Degrees North as the premium lager choice for adventurous beer drinkers as well as appealing to cask ale drinkers, with 56% of cask drinkers reported to have drunk a lager in the past three months, according to the latest Cask Report.

The launch coincides with Black Sheep’s silver anniversary year celebrations and will be available to pubs from July 12, following its official launch at the Great Yorkshire Show 2017.

Jo Theakston, Sales and Marketing Director at Black Sheep Brewery, said: “This is a ground-breaking occasion for Black Sheep as we look to the future by delivering an adventurous, refreshing premium lager to

Jo added: “We are introducing pioneering beer to the market that brings our brewing expertise and heritage together, which we believe can become the premium lager choice for fans of Black Sheep and drinkers curious to try something new from us. We are excited by 54 Degrees North’s potential.

“It was only fitting to call on one of the 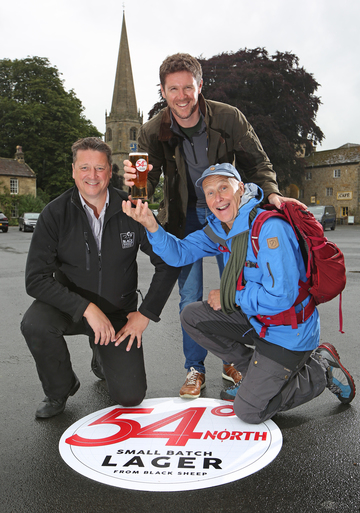