Black Sheep Brewery will kick-off its 25th anniversary year with a special community event where residents of Masham, the brewery’s home since 1992, will be offered a free pint.

Residents, who are over the age of 18, on presentation of their Masham postcode, will be given a pint of any Black Sheep beer on the house at the Black Sheep Brewery Visitor Centre on Saturday 28th January from 12noon to 10pm.

The Black Sheep Brewery was founded by its Chairman Paul Theakston, with sons Rob and Jo, Managing Director and Sales and Marketing Director, respectively, leading the management of the North Yorkshire brewer.

The initiative is the first in a series of events and activities to commemorate Black Sheep’s silver anniversary, which will take place over the course of the year, including special brewery tours delivered by some of the members of the Theakston family, as well as offering free pints for people who are aged 25 or in multiples of 25.

Jo Theakston, Sales and Marketing Director at Black Sheep Brewery, said: “This is a way of giving back to the town, which we have called home for the past quarter of a century. Our staff, family and friends reside in Masham or have some connection with the town, so there is no better way than to start our celebrations off by toasting our journey with the people of Masham as a way of thanks.

“We have plenty of tricks up our sleeve for the year ahead as we gear up for continued celebrations over the course of 2017, so it is set to be a momentous year for Black Sheep Brewery as we add further chapters into our rich history and heritage.” 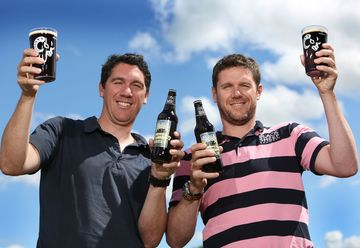