Half Moon is a shining light once more in Yorkshire community

A Yorkshire village has seen its only pub re-opened, with support from Black Sheep Brewery, after it was closed a year ago.

The Half Moon, in Sharow, near Ripon, has been refurbished by new licensees Heather and Graham Raine and re-opened, creating 12 jobs.

The couple, who are from North Yorkshire, have leased the Half Moon and re-opened it as a traditional village pub, serving good food. Previously, they have run gastro pubs, restaurants, delis and cafes around Yorkshire, capitalising on Graham’s skills as a chef.

Heather and Graham have called upon the area’s popular Black Sheep Brewery to anchor the bar with its Black Sheep Best Bitter and Golden Sheep.

David Croft, Senior Business Development Manager at Black Sheep Brewery, said: “Pubs like the Half Moon are very much the heart of their communities, so it is great to see Heather and Graham giving this one a new lease of life.

“As not only their local, but Yorkshire’s favourite, brewery, Black Sheep is proud to have been chosen to be at the forefront of their offering. We wish Heather and Graham well with the pub.”

Heather said: “We are so pleased to have the Half Moon open for business once more. This is a great community and we are very excited to be bringing such a great public house back to life and creating jobs for local people.

“The response from the locals has been brilliant and they love the new look we have given the Half Moon, and the fact that we have placed Black Sheep on the bar as our centrepiece ales.” 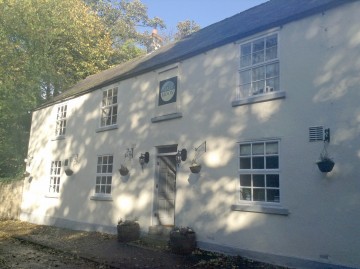 The Half Moon
Download Large Image
Latest Tweets from @Recognition1st :