Black Sheep Brewery is celebrating after receiving a raft of prizes at the prestigious World Beer Awards for brewing excellence.

The North Yorkshire-based brewery’s Choc & Orange Stout, which was only launched in May, was the UK winner in the Sweet/Milk/Oatmeal Stout category, and advanced to the global stage of the awards.

The World Beer Awards form part of the World Drinks Awards, which recognise the best in all internationally recognised styles of drinks.

Jo Theakston, Sales and Marketing Director at Black Sheep Brewery, said: “These latest honours are another big endorsement of our quality brewing credentials and all credit goes to our creative brewing team, who continually produce award-winning beers. We have built on last year’s successful outing at the World Beer Awards with more medals and it was pleasing to be involved in the global stage of the competition with our Choc & Orange Stout, which is relatively new, so it was a great result.

“Riggwelter and Black Sheep Ale have grown to become two of our flagship beers and are consistently strong performers at the World Beer Awards, while My Generation has continued to develop since we brought it to the market in 2015.”

The accolades coincide with Black Sheep Brewery’s 25th anniversary year, with the brewery developing a number of seasonal and permanent beers to its range over the course of 2017, including its first-ever lager, 54 Degrees North, to mark the occasion.

Jo added: “Our World Beer Awards achievements are very timely in what is a special year for Black Sheep, and hopefully we will be celebrating further success in the future with the new additions to our flock!” 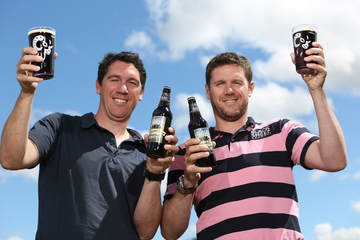