NEWS RELEASE: ISSUED ON BEHALF OF THE BLACK SHEEP BREWERY It is almost impossible to believe that The Black Sheep Brewery is only 21 years old. Since first making an appearance in pubs in and around the Yorkshire Dales in October 1992 our beers have gone from strength to strength. In 2012, we celebrated our 20th anniversary with the launch of a special beer, Progress, a 4.0% ale with the classic Black Sheep dry and bitter finish. Progress joins our range of seasonal ales, alongside All Creatures and Ruddy Ram. Black Sheep beers are now distributed not only across the UK but around the world, brewing over 20 million pints a year. Over the last few years, Black Sheep has considerably expanded the market for its lead cask ale, Black Sheep Best Bitter, a classic 3.8%ABV Yorkshire bitter brewed using Yorkshire Square fermenting vessels, and it is now widely available across the UK. In 2009, they launched a fully illuminated “Dazzler” handpump for Black Sheep Best Bitter - the first of its kind to the market - giving cask ale the presence on the bar that it richly deserves! In 2010 a revised version of Golden Sheep on draught was launched - a gloriously refreshing blonde beer that has seen great success over the summer period. As Paul Theakston says, “We are rightly proud of our award-winning range of bottled and cask ales and only brew our beers from traditional high-quality raw materials: crystal clear dales water from our own well, Maris Otter malted barley for extra flavour, a little roasted malt for colour and flavour, and generous amounts of whole English hops to make the beer really refreshing. Such a material bill is more expensive than the average, but we think it’s well worth the extra!” www.blacksheepbrewery.com ENDS CONTACT: Melanie Smith or Paul White on 01325 363436 Notes to Editors: The Black Sheep Brewery in Masham made its first beer in 1992 after being built up by Paul Theakston, whose family had brewed in the area for six generations. In a world of ever increasing bland, mass-produced beer Paul saw an opportunity to return to what his family had done best since 1827, making real beer in the time-honoured fashion. An old maltings building, once part of Lightfoot's Brewery became the Brewery’s home. This landmark building, which stands high over the banks of the Ure, had fallen in to disrepair as years of neglect as a semi-redundant grainstore had taken its toll. Paul assembled a small team around him to fight the rats and build a traditional country brewery. The Black Sheep Brewery name derived from Masham’s association with sheep, but ‘Sheep Brewery’ didn’t quite sound right, so with a little creativity from Paul’s wife the Black Sheep Brewery was born, a name that sat well with the area, spoke volumes about the maverick attitude to the multi-nationals seeking to dominate the brewing industry and captured the essence of the family struggle that led to our birth. Black Sheep Ale at 4.4% ABV, now in an eco-friendly lightweight bottle, continues to maintain its presence among the top ten premium bottled ale brands, and is available nationwide from virtually all the major supermarket retailers. It is a classic premium bitter and as with all Black Sheep beers, full of character derived from the best possible brewing materials, plenty of time and patience in the brewing and our very special Yorkshire Square fermenters. Twitter: Tweet Facebook: Share 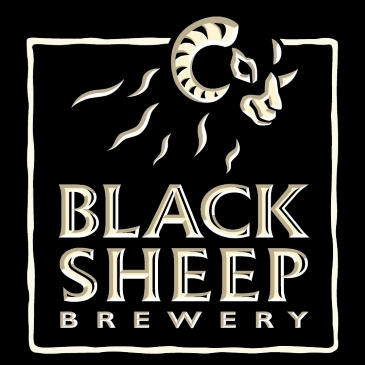