The My Generation Beer Co. has strengthened its ties with the ‘indie-scene’ after securing a partnership with Indie Week UK.

My Generation is one of the five official partners of the Manchester-based emerging artist festival, which includes music and tech industry conferencing and VIP evenings.

Indie Week UK will feature more than 80 bands over the course of five nights (October 11-15) across seven venues in the city.

It will include a one-day conference, indie101, with a number of speakers from the music industry to be announced, as well as a launch party, industry and artist mixer and an awards ceremony to conclude the event.

Established in 2015, the My Generation Beer Co. fuses music with beer and was established by beer and music veteran Jonny Kirkham. Its signature brew, My Generation, a 4.7% session pale ale, is a collaboration with North Yorkshire-based brewer, Black Sheep Brewery.

My Generation is produced in both 30L keg and 330ml can formats to pub and retail markets, which includes recent deals with Asda and Punch Taverns.

The Indie Week collaboration follows on from My Generation’s partnership with Mod Radio, as its official beer partner.

“The festival exemplifies perfectly our values and desire to bring together good beer and music, and is another exciting step forward in our short history.” 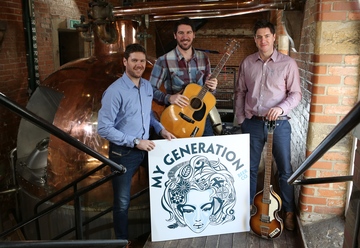