My Generation builds on Asda deal with range expansion

The My Generation Beer Co. has expanded its offering by scaling up production of its signature brew, on the back of securing a national supermarket deal.

My Generation, a music-inspired session pale ale, will be available in 330ml can format in Asda stores from the end of May.

The North Yorkshire-based firm has scaled up its 330ml can offering to full production, which is now available to the retail markets.

It was previously only available as a cask beer, but has since been produced in 30L keg and 330ml can formats.

At 4.7% ABV, My Generation is brewed from an exciting blend of new world hops including Cascade, Galena, Magnum and Polaris, in Masham, and distributed through Black Sheep Brewery.

Jonny said: “It is great news for My Generation as we are now in a position to extend our offering to new drinkers who share the same values and lovers of great beer and music. By bringing out new formats, we have been able to reach out to new drinkers as we’ve seen from the listing with Asda. This is a big step forward for the company and helps pave the way for the future. 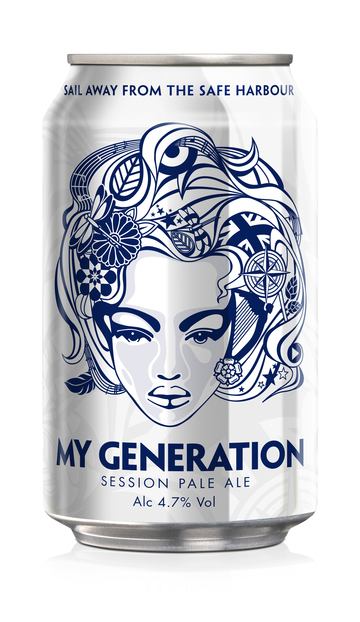