With Record Store Day 2015 approaching, brewers of the event’s official beer, the My Generation Beer Company, are available for interviews.

A brewing industry “super group”, the My Generation Beer Company was launched to bring together a love of music and beer and create a brand new label for ale enthusiasts.

My Generation, the company’s signature brew, will be the first to hit pubs and is the official beer of Record Store Day 2015, which takes place on April 18 and is a nationwide celebration of the UK’s independent record shops.

Any media interested in arranging an interview with the My Generation Beer Company can contact Paul White on 01325 363436.

The venture is a collaboration between the Black Sheep Brewery, led by brothers Rob and Jo Theakston, and long-standing industry expert and music lover Jonny Kirkham. Renowned beer lyricist Pete Brown is the trio’s “support act”, as content contributor to the company’s digital platforms.

ISSUED ON BEHALF OF THE MY GENERATION BEER COMPANY 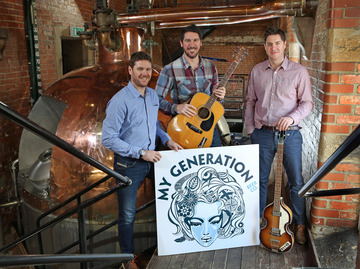