Yorkshire icons take to the crease for a special evening

Yorkshire County cricket coach Jason “Dizzy” Gillespie will bowl sport and beer fans over as he helps mark Black Sheep Brewery’s third year of sponsorship of the club. “An Evening With Dizzy”, on Wednesday, July 16th, takes place at East of Arcadia, in Meanwood, Leeds, and celebrates the ongoing relationship between two legends of Yorkshire. The 39-year-old former Australia international played for Yorkshire from 2006 to 2007 and returned to the county as first team coach in November 2011. The evening will also feature a beer tasting session led by Black Sheep Brewery’s Master Brewer, Phil Douglas, who will give an insight into the ingredients and processes which go into making some of the UK’s best loved beers. Members of the public are being urged to submit a question on social media, to Black Sheep Brewery on Twitter or Facebook, using the #askDizzy hashtag. Dizzy’s choice of best question of the night will see the person who made the submission win a prize.* Rob Theakston, Managing Director of Black Sheep Brewery, said: “Dizzy was known around the world as a true cricket legend, and we are very excited to be working with him in support of East of Arcadia, an important customer, for what promises to be a special fan evening.” Yorkshire County Cricket Club coach Jason Gillespie said: “Having a few beers while watching the cricket is a great way to spend the day and it is great to have Black Sheep on board with Yorkshire County Cricket Club. I am looking forward to a great night, meeting the fans and also getting a chance to learn about its beers from Master Brewer Phil.” Rhian Aitken, manager of East of Arcadia, which is run by Market Town Taverns, said: “We are thrilled to welcome Dizzy to East of Arcadia for an evening of Black Sheep fun! Given our location close to Headingley, a lot of customers are cricket fans, so to host the evening along with Phil Douglas and the Black Sheep beer selection he crafts, the tavern staff and regulars are really excited.” The event, which starts at 7.30pm, is free, so people are urged to get to East of Arcadia early to avoid disappointment. *Questions using the #askdizzy hashtag must be submitted by noon on July 16th. www.blacksheepbrewery.com www.facebook.com/blacksheepbrewery www.twitter.com/blacksheepbeer ENDS NEWS RELEASE: ISSUED ON BEHALF OF THE BLACK SHEEP BREWERY CONTACT: Paul White on 01325 363436 Notes to Editors: The Black Sheep Brewery in Masham made its first beer in 1992 after being built up by Paul Theakston, whose family had brewed in the area for six generations. In a world of ever increasing bland, mass-produced beer Paul saw an opportunity to return to what his family had done best since 1827, making real beer in the time-honoured fashion. An old maltings building, once part of Lightfoot's Brewery became the Brewery’s home. This landmark building, which stands high over the banks of the Ure, had fallen in to disrepair as years of neglect as a semi-redundant grainstore had taken its toll. Paul assembled a small team around him to fight the rats and build a traditional country brewery. The Black Sheep Brewery name derived from Masham’s association with sheep, but ‘Sheep Brewery’ didn’t quite sound right, so with a little creativity from Paul’s wife the Black Sheep Brewery was born, a name that sat well with the area, spoke volumes about the maverick attitude to the multi-nationals seeking to dominate the brewing industry and captured the essence of the family struggle that led to our birth. Black Sheep Ale at 4.4% ABV, now in an eco-friendly lightweight bottle, continues to maintain its presence among the top ten premium bottled ale brands, and is available nationwide from virtually all the major supermarket retailers. It is a classic premium bitter and as with all Black Sheep beers, full of character derived from the best possible brewing materials, plenty of time and patience in the brewing and our very special Yorkshire Square fermenters. 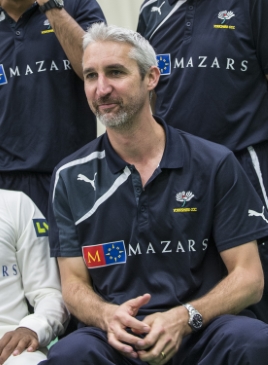