The Brewery’s flagship on-trade beer retains its great taste, which is much loved by drinkers across the UK, but the fresh, modern new look will stand out at the pub and speak to customers of all ages.

Born and bred in Masham, Yorkshire, in 1992, the Brewery’s founding year, Black Sheep Best Bitter is one of the region’s most iconic brands.

Evolution, rather than revolution, is at the heart of the modern and forward-thinking new design, which aims to recruit new drinkers whilst retaining its loyal army of fans.

Jo Theakston, Sales and Marketing Director, at Black Sheep Brewery said: “We know that our customers love Black Sheep Best Bitter as much as they ever did; it is the session beer of choice in pubs across the country. However, in a competitive market it is important to innovate and keep fresh.

“This modern new look will help Yorkshire's leading beer appeal to drinkers of all ages through a wide range of pub types.” 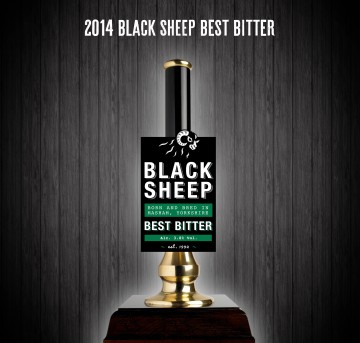