Members of the construction team at the Milburngate development will get some of the best views of Durham City and the surrounding area following the installation of a 68-metre-tall lifting tower crane.

Positioned at the heart of the six-acre site on Durham’s Riverside, the Saez S-65 crane, which is taller than the Leaning Tower of Pisa, will play an instrumental role in the construction of the first phase of Milburngate over the next 18 months.

In fact, the crane has been positioned in what will be the location of one of the four Everyman boutique cinema screens with the building being constructed around the base of the crane until close to completion when it will be dismantled.

Supplied by London Tower Cranes, it is controlled by an operative in a cab at the apex of the tower and jib and is directed by a banksman at ground level via radio.

With a ten-tonne capacity, the tower crane will support logistical operations for the construction of Milburngate, which is being delivered by main contractor Tolent, and specifically includes the creation of the development’s concrete core that will form key elements of Phase One.

Covering 70 percent of the entire Milburngate site, Phase One, includes, in addition to the boutique cinema, a 92-bed flagship Premier Inn Hotel along with premium bars and restaurants such as Bar + Block and Miller & Carter.

Alongside its leisure offering, the development will include 53,701sq ft of much-needed Grade A office space within One Milburngate, which will help attract up to 400 jobs to the centre of Durham City and 153 built-to-rent apartments.

Milburngate is being developed by a joint venture partnership between Arlington Real Estate and Richardson, supported by a £120 million forward funding commitment from LaSalle Investment Management.

Ian Beaumont, Project Director for Milburngate, said: “We have made good progress on the early stages of Milburngate, and this tower crane will facilitate the construction of some of the main elements of Phase One. It certainly is an impressive sight on the Durham City skyline and highlights the size and scope of Milburngate and its importance to the future social and economic future of the riverside.”

Michael Rutherford, Project Director for Tolent, said: “The arrival of the first of three tower cranes on site at Milburngate marks a significant milestone in our construction activity. Over the coming months, the site will really start to take shape as the various elements within the development start to become more visible. We've been working continuously over the past 10 months with our experienced civil engineering team to ready and prepare the site and we're now really starting to see the vision of Milburngate become a reality.”

Cllr Carl Marshall, Durham County Council’s Cabinet member for economic regeneration, said: “Anyone who drives through Durham cannot fail to notice the arrival of the tower crane. It’s a particularly symbolic addition to the city’s skyline as it marks the start of phase one of the Milburngate development, which will bring more than 400 new jobs to Durham.

“Over the next 10 years, we’re expecting to see £3.4 billion of investment in the county, creating more and better jobs through developments such as Milburngate. By continuing to provide an environment that attracts investment and supports growth, we hope to be able to support the creation of 30,000 new jobs across County Durham during the next 15 years.”

The development consortium consists of Arlington Real Estate and Richardson.

According to the Sunday Times’ ‘Best Places to Live’:

Richardson is a multi-generation family business with over half a century of real estate experience in the UK and overseas. Working across all sectors, they have developed well in excess of seven million square feet of property. Recent projects include Nickel, junction 28 off the M1, a new spec build 261,000 sq ft warehouse, Western 105, Avonmouth, a new spec build 105,500 sq ft warehouse, Freemans Reach, a 110,000 sq ft office development in Durham, Lincoln Gateway, a £28m, 519 bed student accommodation scheme. More recently the family has continued to expand its operations by building an international growth capital portfolio across a range of sectors through a direct and co-investment programme.

Tolent was formed in Tyneside in 1983. Since then we have amassed a huge variety of projects encompassing all types of building and civil engineering work in the public and private sectors.

One of Tolent’s greatest strengths is its versatility which enables us to deliver efficiency and excellence in projects of all sizes, whether they’re repair works valued at £5,000 or a £100 million contract for a flagship development. 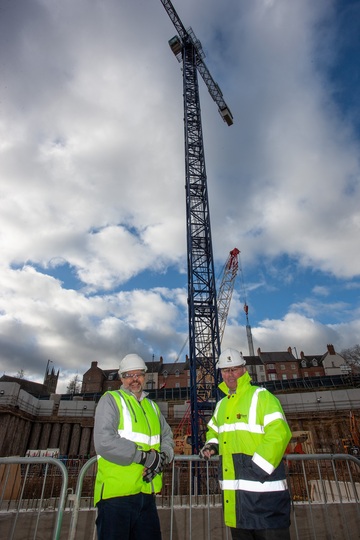 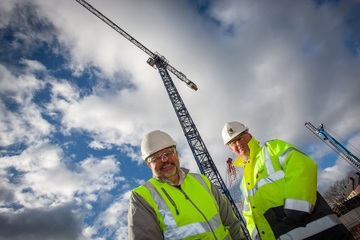