Bristol Street Motors is adding the Peugeot franchise to its existing dealership complex on Sir Frank Whittle Road in Derby, bringing its total number of Peugeot outlets across the UK to six.

Colleagues and stock from nearby Robins & Day Peugeot, which is closing its vehicle sales and service operations, have transferred to the new dealership, which will complement the Group’s existing Nissan, SEAT, Dacia, Citroen, Honda, Skoda and Renault outlets in the city.

The UK is the third largest market for Peugeot with its UK Headquarters located in Coventry. The UK car line-up includes the 108, all-new 208, 308, all-new 508, all-new 2008 SUV, 3008 SUV and 5008 SUV supplemented by people-carriers and a van range that includes the all-new Partner, Expert and Boxer. Peugeot is committed to low emission vehicles with a strategy to electrify every model in the range between 2019 and 2023.

Robert Forrester, chief executive of Vertu Motors plc, said: “This further investment in Derby demonstrates our confidence in the city and its economy.

“I am very pleased to welcome colleagues from Robins & Day to the Group.”


Since flotation in December 2006, the Group has established itself as a major player in the United Kingdom automotive retail sector. The Group currently operates 133 franchised sales outlets and 3 non-franchised sales operations, representing 24 manufacturers, from 110 locations across the UK. 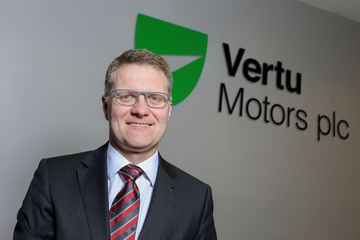