Bristol Street Motors has secured the title sponsorship for the Virtual Grand National and the Race of Champions.

The Virtual Grand National is a computer-simulated version of Aintree's world-famous steeplechase, and the unique TV format was created by Carm Productions, in association with Inspired Entertainment and the Jockey Club.

It uses computer-generated imagery (CGI) to recreate, as accurately as possible, all aspects of the race such as the course layout and National fences. The programme will first air on ITV4 at 8pm on Friday 9th April, and 1pm on Saturday April 10th on ITV (main channel) + ITV Hub.

It will use the latest CGI technology and algorithms to produce a result based on data, including the runners' form and going preferences.

In 2020 the Virtual Grand National, which replaced the actual race due to Covid restrictions, saw peak viewing figures of 4.8million and a 30 percent share of viewing media. Highlights and news attracted an additional 12million viewers, with major coverage across all TV channels. Social media interest is also expected to be huge, with a reach last year of more than 25 million. This year it will complement coverage of the actual race, which is being held at Aintree, albeit sadly without a crowd.

The Virtual Grand National, which has been screened since 2017, also became a huge fundraiser for NHS Charities Together, raising more than £3million for NHS Charities and 300,000 Euro for medical charities in Ireland.

“The Virtual Grand National and Race of Champions have captured the public’s imagination over the last few years as well as raising huge sums of money for charity through the generosity of everyone involved.

“Sponsorship is an exciting form of marketing that reaps significant rewards and awareness. The partnership with Channel 4’s coverage of F1 has been very successful and we expect this link up to be equally effective in driving brand awareness for Bristol Street Motors.”

Rob McLoughlin OBE from Carm Productions said “We are delighted to welcome Bristol Street Motors onboard for this exciting and unpredictable event. We hope it will bring as much joy and entertainment to the nation as it did in 2020.” 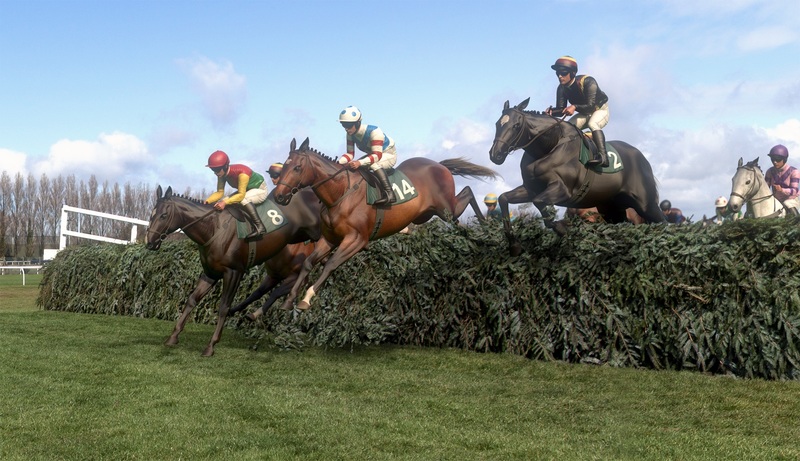