Johnny, who re-joined Ford Worcester as used car sales manager in May following an assignment at a Birmingham dealership, was named ‘Sales Manager of the Year’ at Vertu Motors plc’s CEO Awards. The awards recognise the company’s top-performing colleagues from each area of the business, who have delivered exceptional performances and produced outstanding results.

His nomination noted that ‘he knows the used car market exceptionally well and has harnessed his talent to consistently deliver. Johnny has really bought into developing his team and is committed to passing on his knowledge and experience to his business managers and sales executives – he is constantly coaching and developing his team.’

Robert Forrester said: “Johnny is a confident individual who knows the used car market inside out. He works hard to support and develop his team and embraces the challenges the market brings.

“He has demonstrated very high levels of drive and strives to be the number one Ford dealership every month. He is a real asset to Ford Worcester and is a general manager of the future.”

Johnny said: “I am passionate about what I do, and I think that is what drives me. To be recognised by the Group is very rewarding and I aim to continue to develop my career with Bristol Street Motors.” 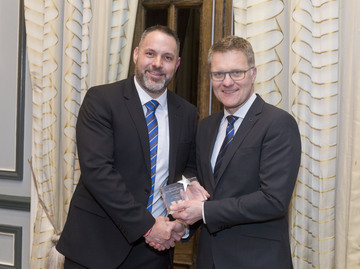