Vertu Motors has handed over the keys to a BMW 135i to Durham County Cricket Club’s overseas player Cameron Bancroft as part of the partnership deal between the two organisations.

Bancroft, who captained Durham in 2019, re-joined as an overseas player for the 2021 County Championship season. He will have exclusive use of the car, supplied by Vertu BMW Durham, throughout the season.

Players from the County Championship team, and the women’s North East Warriors cricketers proudly wear shirts with prominent Vertu Motors branding, which is also in situ within the stadium. This includes perimeter advertising for County Championship and England international fixtures.

In addition, the North East Terrace at The Riverside has been renamed the Vertu Motors Stand.

Robert Forrester chief executive of Vertu Motors plc, said: “These are two significant partnerships for the company, and we are delighted to ensure Cameron Bancroft is ‘on the road’ with the stunning BMW 135i.

“Personally, I am looking forward to some sunny days at the beautiful Riverside, sitting in the Vertu Motors Stand watching Cameron knocking a few runs around.”

Cameron Bancroft said: “I’m over the moon with the car, it’s beautiful. Coming across from overseas there’s a lot to sort out, and this means I have one less thing to worry about so I’m very grateful to Vertu BMW for arranging it for me. We drive on the same side of the road here as in Australia, so that’s handy too!” 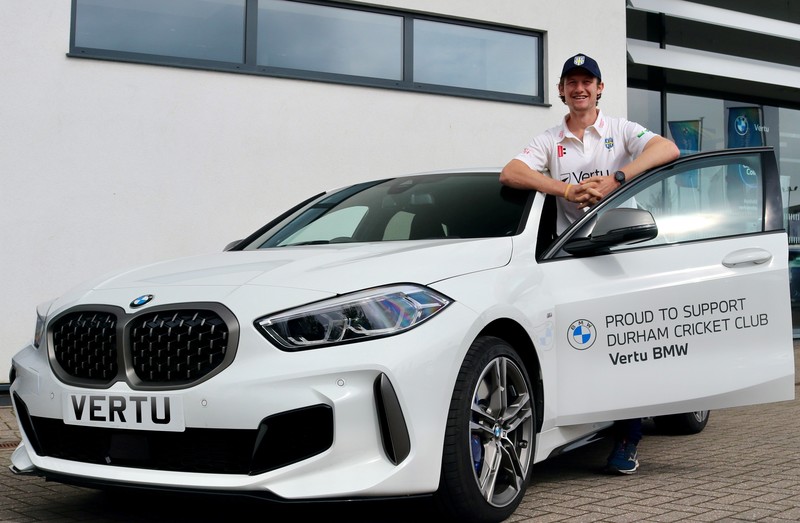