Workers from car dealerships across the country have achieved their fundraising target of £20,000 by donating the cost of their haircuts to NHS charities.

Vertu Motors, which organised the campaign, match funded the £10,000 raised by colleagues to make a valuable contribution to support the work of NHS Charities Together.

As part of the #HaircutsforHeroes campaign the colleagues donated the money they would normally pay for a cut and blow-dry, shampoo and set, colour or even a beard trim.

Robert Forrester, chief executive of Vertu Motors plc, said: “I have been very impressed with the hairdressing efforts of some colleagues, while perhaps others are better off waiting for the professionals to reopen!

“What is not in doubt is that generous colleagues and their families and friends have embraced the campaign, had a lot of fun and supported a very worthwhile cause. Further proof that the ethos of our Group is alive and well, even in very challenging times.

“We agreed that the business would make its contribution to the fundraising through match funding and I am delighted that the target of £20,000 has been reached.” 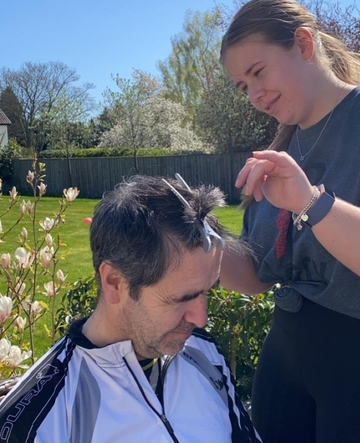 David Crane, chief operations officer has a haircut from his daughter to support the campaign
Download Large Image
Latest Tweets from @Recognition1st :