Thousands of workers from car dealerships across the country are donating the cost of their haircuts to NHS charities.

As part of the #HaircutsforHeroes campaign the staff are giving all the money they would normally pay for a cut and blow-dry, shampoo and set, colour or even a beard trim to support the work of NHS Charities Together.

Robert Forrester, chief executive of Vertu Motors plc, which is organising the campaign and match-funding the money raised by colleagues, said: “Our colleagues are embracing this fundraising and having some fun giving themselves or members of their household a new look!

“NHS staff and volunteers are doing the most amazing work right now in caring for COVID-19 patients.

“We wanted to show our respect and gratitude as they work tirelessly in the face of the virus. It's our turn to make sure we look after them, to ensure they can keep doing their vital work.

“With hairdressers and barbers temporarily closed during this unprecedented time we're asking our colleagues to chop, snip, trim or dye their hair or beard to help raise vital funds to support our NHS. They can then share before and after pictures on social media and challenge their colleagues and friends to do the same.

“Everyone can get involved and we’d love our customers, and the general public, to support the campaign. For anyone that wants to 'keep their hair on', they can simply make a donation via our JustGiving page.”

For more information on the campaign or to donate https://www.bristolstreet.co.uk/haircuts-for-heroes/ 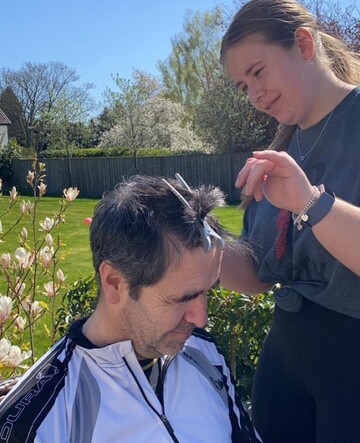