An 88-year-old Nottingham man was stopped in his tracks when he saw a Bristol Street Motors TV advert celebrating the company’s 100-year history, which featured a car that had been owned by his family over 80 years ago.

Memories of childhood trips with his family came flooding back for Brian Francis when he spotted that the Vauxhall Cadet, Reg OJ 4251, was the same one that had belonged to his grandparents, father and uncle from 1932 to 1958.

After writing to Bristol Street Motors to let them know about his personal links to the classic car, the nationwide dealership group arranged for them to be reunited at its Nottingham dealership.

As part of their reunion, Bristol Street Motors presented Brian with a framed picture of the vehicle, taken during the production of the advert. Brian also enjoyed a ride in the Cadet, which he fondly refers to as ‘an old family friend’.

Brian told Bristol Street Motors about some of his memories of the car, recalling: “It’s been wonderful to see the Cadet again after all these years. It gave me a jolt when I spotted it on the advert and seeing it again has been quite emotional. It’s strange how your memory is triggered by different things; sitting in the car once again, I was taken back in time and thought about all the fun we had together back then.

“I have vivid memories of sitting on my father’s knee in the front passenger seat while my uncle drove the family to a picnic with a wicker hamper strapped to the rear panier, acknowledging the salutes of the AA motorcycle patrol men. Happy memories – times have certainly changed.

“I remember well my uncle taking his driving test around Mitchell and Butler’s brewery in Birmingham, in fear and trepidation of putting a scratch on the car!

“During its time with my family, the car was solely used for weekend and holiday excursions. During the winter months it was cocooned with a dust sheet in the garage, before being brought out in the spring and lovingly tended to in preparation for the coming season’s outings.

“It is obvious that the TLC that OJ 4251 received during its early years certainly stood it in good stead to be in such pristine condition today.”

Coincidentally, Brian also revealed that it wasn’t the first time the brand had met the Vauxhall Cadet: “OJ 4251 was our family car right through to 1958, before it was then sold to a Bristol Street Motors showroom in Birmingham.”

The Vauxhall Cadet is currently owned by Roy Upperton, a vintage car enthusiast who has taken great care of the model. Roy supplied Bristol Street Motors with the Cadet for their TV advert, as it fit the criteria for featuring in it perfectly.

The atmospheric TV ad takes a nostalgic trip through Bristol Street Motors’ history of selling cars for over 100 years. Perfectly recreating the different eras portrayed, it features classic cars including a 1930’s Vauxhall Cadet, a ‘70s Ford Cortina and Ford Escort, and the all-new Hyundai IONIQ 5.

Robert Forrester, Chief Executive of Bristol Street Motors, said: “We never imagined when we launched our iconic ad that we would hear from someone who had actually travelled in this historic vehicle back when it was brand new.

“It was really interesting to hear from Brian and to hear his memories of the car, its provenance and to learn how people’s approach to motoring has changed during the decades. It was also incredible to discover that the Cadet had been in Bristol Street Motors’ care long before it was selected for the advert. We were amazed when we found out!

“I am delighted that we’ve been able to bring the two together one more time and thank its current owner Roy for helping make it happen.”

The Cadet’s current owner, Roy Upperton, said: “I was shocked when Bristol Street Motors told me one of the original owners had spotted the car on television. One of the best things about being a classic car owner is hearing people’s memories, and learning things you didn’t know about the history of this model, or that model.

“Everywhere you go, heads turn as you drive down the street and people always want to talk to you about the car. It was an honour to reconnect Brian and the Cadet and learn more about the history of the vehicle. It sounds like the car played an important role in his early life and I hope that reuniting him with it brought back lots of happy memories.”

Brian added: “Thank you Bristol Street Motors and Roy for looking after OJ 4251 – it makes an 88-year-old very happy that she has found a good home.”

The advert was filmed at the Rotunda in Birmingham, part of the iconic Bullring, the Black Country Museum in Dudley, and various other locations around the Midlands. You can watch the full TV advert, featuring the Vauxhall Cadet, here: www.bristolstreet.co.uk/then-now-always/

Vertu Motors is the fifth largest automotive retailer in the UK with a network of 159 sales outlets across the UK. Its dealerships operate predominantly under the Bristol Street Motors, Vertu and Macklin Motors brand names.

Vertu Motors was established in November 2006 with the strategy to consolidate the UK motor retail sector. It is intended that the Group will continue to acquire motor retail operations to grow a scaled dealership group. The Group’s acquisition strategy is supplemented by a focused organic growth strategy to drive operational efficiencies through its national dealership network. The Group currently operates 155 franchised sales outlets and 4 non-franchised sales operations from 120 locations across the UK. 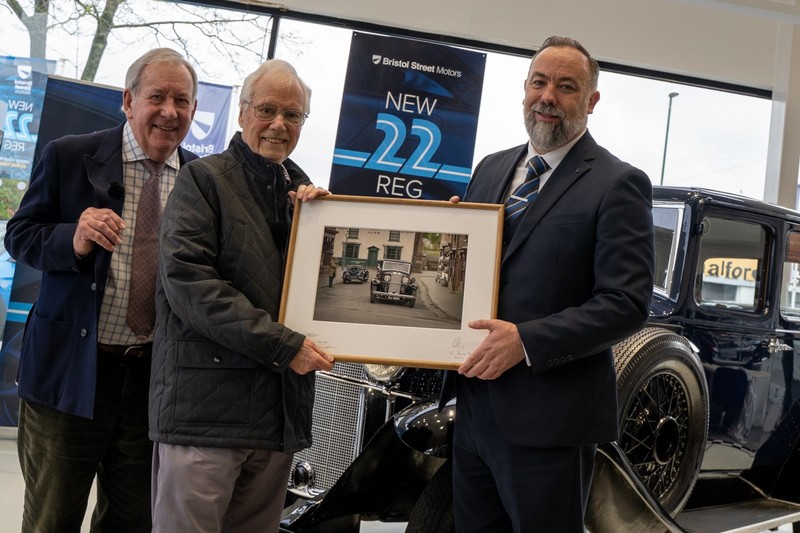 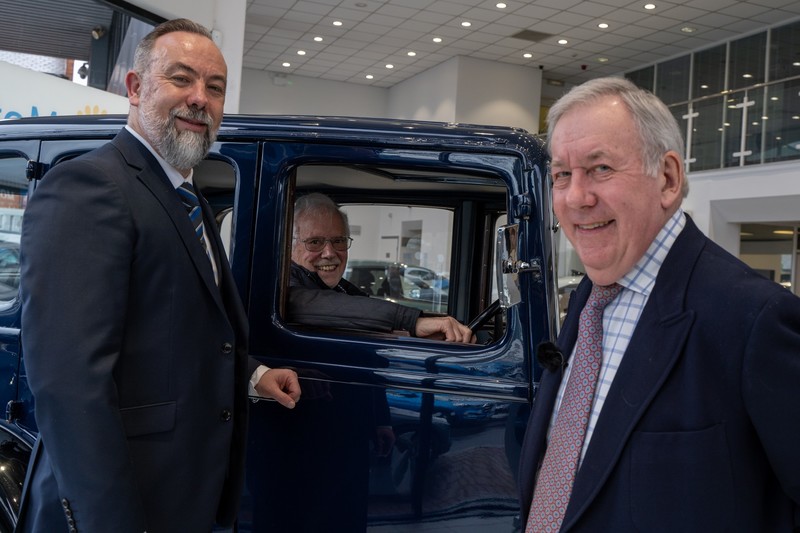