Macklin Motors is welcoming a Motornation dealership to its Glasgow portfolio following a £1.5million investment in the new site.

The site will open to offer click and collect and home delivery, welcoming customers in as soon as lockdown restrictions allow.

Macklin Motors Motornation Glasgow, based in Darnley, is situated next to the Group’s established Ford and Nissan dealerships, and will provide seven new job opportunities for the local community.

The site features a state-of-the-art showroom and holds more than 150 cars on the site. The dealership showcases a wide variety of premium used car brands as well as a range of vans.

Many of the site’s colleagues have moved to the dealership from other branches in the Group, bringing with them a wealth of experience. Ian Hunter has joined Macklin Motors Motornation Glasgow as branch manager, progressing from aftersales manager at Macklin Motors Nissan Glasgow South. Ian has been with the company since 2011 and is a previous service manager of the year winner.

Ian said: “I am very excited about this new challenge, every day I see something else taking shape at the site which is only adding to the excitement. I have some great ideas to put into place when we get the doors opened for the first day, even in these challenging times.

“We have a great opportunity opening this business and we are looking to hit the ground running by making sure we have some very desirable stock at great prices. I will be 100% focused to ensure our digital marketplace is the best it can be.”

Chris McKenzie, general manager of Macklin Motors Motornation Glasgow who also oversees the Nissan Glasgow South and Nissan Glasgow Central sites, said: “The dealership compliments our representation in the local area with Ford, Nissan and the Taxi Centre all in the same location and represents our commitment to growing the Macklin Motors brand in Scotland. We are expanding at a time a lot of people are scaling down and making redundancies, which demonstrates the level of customer confidence in the Group.

“This site will offer more job opportunities in the area and will eventually grow to employ 30-40 people which is fantastic for the local economy.We are ensuring that the stock will be highly sought-after vehicles and will hopefully bring a lot of people to the area to make a purchase.

“While in lockdown, we are also offering click and collect, free home delivery within 30 miles.” 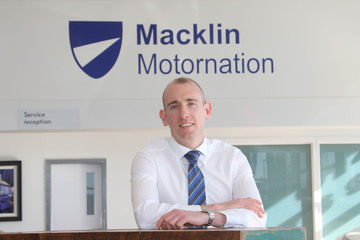 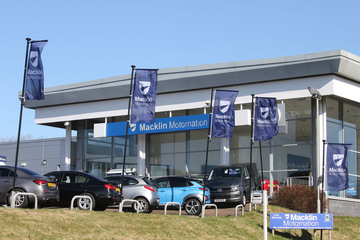