A £2.4 million investment at Farnell Land Rover Bradford has led to a full renovation at the retailer on King’s Road, off Canal Road.

The retailer, off Canal Road, also has a new senior team to drive business forward in the new look retailer.

“This was a significant investment for the group and has demonstrated confidence in Bradford and it’s economy. Farnell Land Rover Bradford is home to some superb luxury cars, and I know our customers will be thrilled with the equally prestigious site.”

Jatinder Singh Aujla, group operations director at Farnell Land Rover, said: “As Bradford is my hometown, I am very proud of the new retailer here.

“One of the additional benefits of the refurbishment is that it has created a more spacious environment to better support social distancing measures.

“The site is state-of-the-art, and embodies the luxury, unrivalled experience our customers will receive. I look forward to welcoming customers, new and old, to Farnell Land Rover Bradford.” 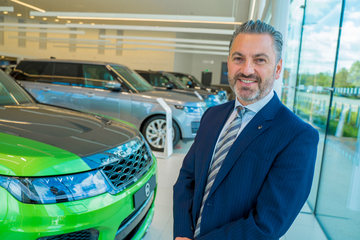