Winston Richards, Bodyshop Controller at Bristol Street Motors Gloucester Bodyshop, has been recognised for the significant impact he has made on the department, his colleagues and customers.

He received the Bodyshop and Smart Repair Colleague of the Year Award – a Masters Award presented to the colleague who has demonstrated an exceptional level of drive and commitment to their role, which has made a measurable impact on the performance of the Bodyshop or the dealerships they provide a service to.

Winston was nominated by Bodyshop manager Trevor Franklin who stated that ‘since joining the Bodyshop team in Gloucester, Winston’s professionalism and calm personality has made a great impact on the department.

‘Winston’s courteous, calm manner and approach when dealing with customers makes him a great ambassador for the company.

‘Bodyshops have had a hard time over the past 12 months and now with the work starting to return, Winston, having gained the respect of the Bodyshop team, has shown he has the aptitude and professionalism to drive the business forward.’

Robert Forrester, chief executive of Bristol Street Motors, said: “The Masters Awards are an opportunity for us to thank colleagues who go the extra mile, and in many cases do so over a very long period of time. Sadly, we have been unable to get together to celebrate their achievements with an awards ceremony, but this makes them no less important.

“Winston has made a big impact in a short space of time. He personifies the core values of the company supporting colleagues and delivery the very best customer service. He is a credit to the business and deserves this accolade.” 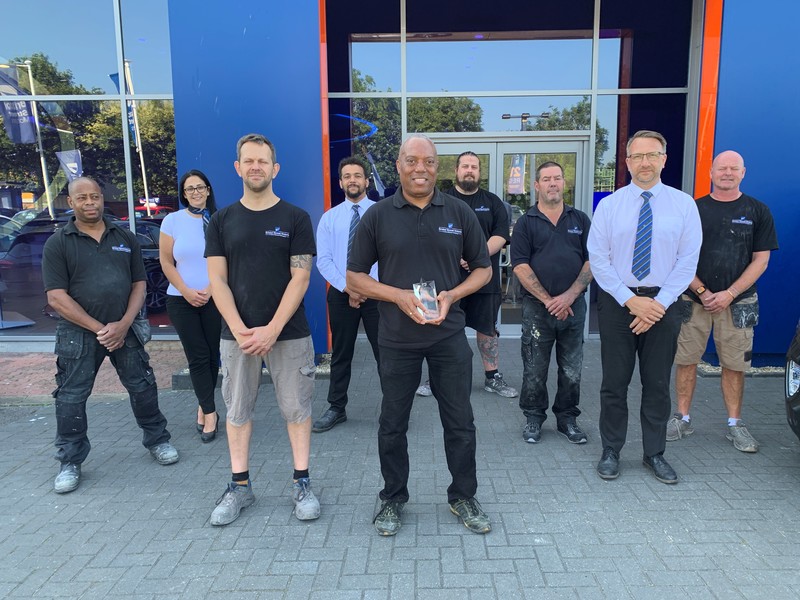