PRO RACERS TAKE ON VANSDIRECT CHALLENGE TO RAISE £1,000 FOR CHARITY

Professional racing car drivers put the pedal to the metal to raise £1,000 for charity Race Against Dementia as part of the Vansdirect Treasure Hunt Challenge.

It saw Tom Ingram and Chris Smiley, who both race for ExcelR8 Motorsport, take off in a pair of Maxus Deliver 9 vans – supplied by sponsors Vansdirect – to collect items from locations surrounding Oulton Park racetrack while completing various challenges.

Points were awarded for each item collected and challenge completed, with deductions for missing or incorrect items, as well as every minute they exceeded the deadline. The sought-after items included a Ginsters pasty and a Draper spanner, with challenges ranging from visiting two castles, to a walk with sharks.

Despite some ‘creative interpretation of the rules’ on both sides, Tom Ingram won the event, with his selected charity Race Against Dementia receiving the £1,000 prize donated by Vansdirect, and ExcelR8 Motorsport.

Race Against Dementia (RAD) was founded by British racing legend Sir Jackie Stewart OBE whose wife, Helen, has been diagnosed with frontotemporal dementia. RAD raises and allocates funds to research to find a prevention or cure for dementia. The Race Against Dementia (RAD) Fellowship Programme draws from the most promising early career scientific talent around the world. Collaboration with forward-thinking organisations in Formula One, as well as other innovative organisations, brings the dynamic attitude, dedication and agility of Grand Prix teamwork to drive results in dementia research. The programme not only accelerates the Fellows’ personal research agendas, but also aspires to catalyse a change in dementia research culture globally.

The challenge was filmed with a camera crew following the drivers. The film debuted at the Thruxton weekend and is now available to view on the Vansdirect and ExcelR8 social media channels.

Tom Ingram said: “Despite protests from Chris Smiley, I was most definitely the winner of this challenge, with more items collected and the most fuel still left in the tank. He was a good sport about it, but I could tell he was gutted – maybe he should take it as motivation out on the track!

“I’m very pleased that my win will help Race Against Dementia with a donation from Vansdirect and ExcelR8. The money will be put towards the battle against dementia. Jackie Stewart and his wife Helen are British racing icons, and Helen’s battle with dementia has been well documented and touched the hearts of many of us in the sport.

“I’d like to thank Vansdirect, ExcelR8 and all the sponsors who got involved. Not to forget everyone else who we came across during the challenge who helped make it a success.”

“Today over £50 million people around the world have dementia. One in three people born today will die from dementia and yet there are still no disease modifying treatments. Over 850,000 people in the UK are living with dementia and the affect on them and their families is devastating.”

Investment is critically needed, and this donation will be used to fund research into combatting and preventing the diseases that cause dementia. Our thanks go to Tom, Chris, Vansdirect and ExcelR8 for their ongoing support.”

Justina Williams, Team Owner, at Excelr8 racing at Excelr8 racing said: “When you pitch two world class racers against each other in a competition like this, you know you’re in for a great show. While some of the interpretation of the rules was loose at best, it was all done in good spirit and with the charities in mind.

“I’m very pleased that ExcelR8 has been able to support Race Against Dementia as a result of Tom’s win. It’s a great charity with roots in motorsport, working hard to help improve the lives of millions of people.”

About Race Against Dementia: 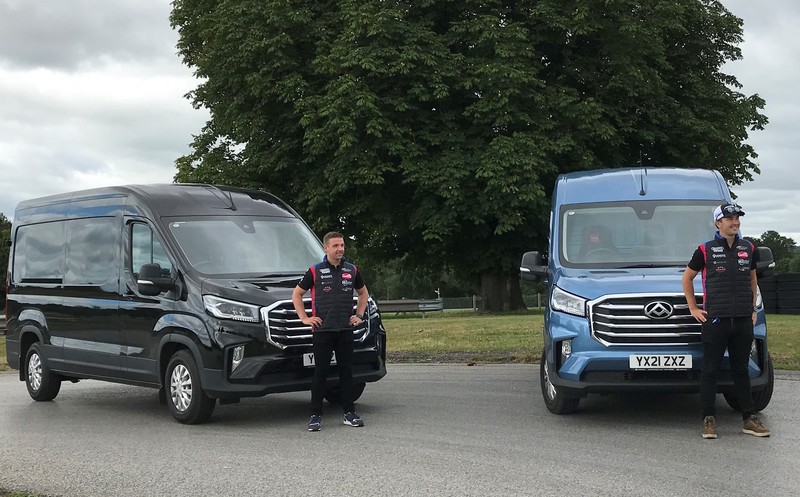