Vertu Motors plc has appointed an experienced industry professional as retail marketing director for its specialist and premium dealerships.

His experience includes roles as group marketing director at the AA and at luxury car dealer group H R Owen.

Chris will have responsibility to build the marketing and brand capability of the premium and specialist brands, including Jaguar, Land Rover, Audi and Mercedes-Benz to drive significant growth in the division.

Chris is also vice chair of the Ideas Foundation, a charity that works with schools in disadvantaged areas to expose students to the creative design process, with the aim of increasing diversity in the creative and marketing industries.

Chris said: I’ve admired for many years what Robert Forrester and the team at Vertu Motors have achieved, in particular the central role that marketing plays in the business strategy.

“It will be good to spend more time at Vertu Motors’ head office in the North East as it’s near where my dad was born and raised. I am also looking forward to visiting the dealerships and meeting dealership colleagues and their customers.

“I find people’s relationship with their cars, and what affects their buying decisions, endlessly fascinating, and I plan to use this curiosity to build the Vertu Motors brand and experience.”

“Liz Cope, chief marketing officer at Vertu Motors plc, said: “Chris is well-known in the industry and I am very pleased to have appointed him to support and grow our specialist and premium divisions.

“His experience and diverse skills will be a real asset to these expanding divisions.”

Since flotation in December 2006, the Group has established itself as a major player in the United Kingdom automotive retail sector. The Group currently operates 134 franchised sales outlets and 3 non-franchised sales operations, representing 24 manufacturers, from 110 locations across the UK. 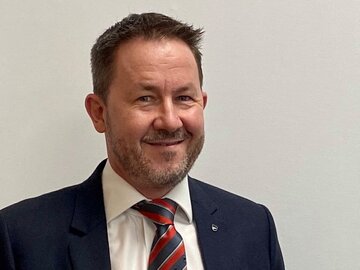