The two top British W Series drivers, Jamie Chadwick and Alice Powell, who were inseparable during the 2021 season, went head-to-head in a ‘drag race challenge’ at the Alamo City Motorplex, Texas.

The exciting contest forms part of Bristol Street Motors’ ongoing commitment to support W Series, beyond the end of their 2021 racing season.

Catherine Bond Muir, CEO of W Series, said: “Like W Series, Bristol Street Motors is committed to changing the face of our industry by creating more opportunities for women in what have traditionally been male-dominated roles. W Series supported Formula 1’s United States Grand Prix, with the final race of our 2021 season live and free-to-air on Channel 4.

“I am delighted that Bristol Street Motors joined us as a sponsor for what was an unforgettable weekend, when young girls and women around the world watched Jamie Chadwick become W Series champion in front of a capacity crowd at the Circuit of the Americas.”

Jamie Chadwick, two-time W Series Champion, said: “While going to Austin was about our final two races of the season, which were shown in the UK on a Bristol Street Motors sponsored programme, it was a lot of fun doing the drag race for them in America.

“Racing drivers are always competitive and so Alice and myself both wanted to come out on top. I love all cars but the Mustang I drove was pretty special. Their Click2Drive platform is a great idea and I may be using it one day.”

Click2Drive, brought to you by Bristol Street Motors, is a buy online platform, which offers a fully online buying experience.

You can see Click2Drive live on the Bristol Street Motors website, along with the outcome of the drag race, by visiting https://www.bristolstreet.co.uk/buy-online/

Vertu Motors plc was established in November 2006 with the strategy to consolidate the UK motor retail sector. It is intended that the Group will continue to acquire motor retail operations to grow a scaled dealership group. The Group’s acquisition strategy is supplemented by a focused organic growth strategy to drive operational efficiencies through its national dealership network. The Group currently operates 151 franchised sales outlets and 4 non-franchised sales operations from locations across the UK. 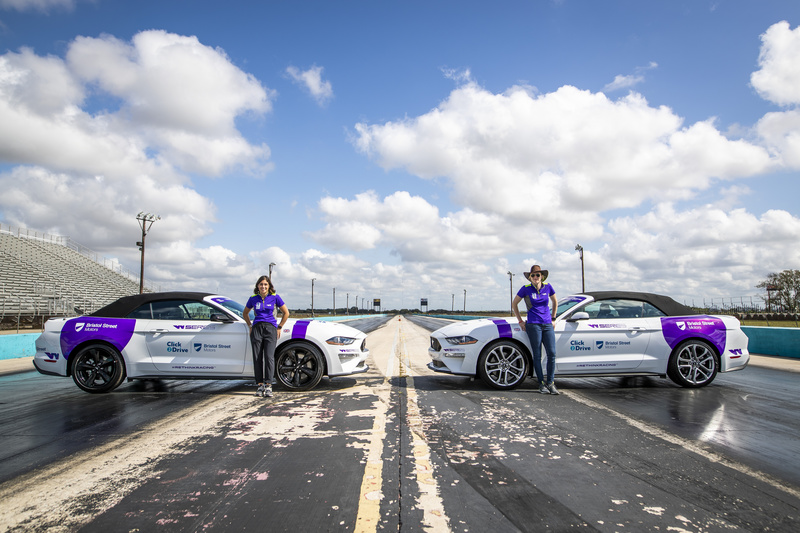