Michelle Fairclough and Liam Nicholas bring a wealth of expertise and knowledge to the role having worked in the sector for many years within business development and sales.

Michelle joined the Vansdirect business, which was acquired by Vertu Motors plc in January 2019, from Intercounty Truck and Van Mercedes-Benz. She has more than 20 years’ experience in the automotive industry ranging from fleet flexi hire to premium brand selling.

Liam also has significant experience in fleet sales and rental, having worked for Euro Commercials Mercedes Benz and Northgate plc. He is also a qualified international transport manager with the Certificate of Professional Competence (CPC Level 2).

The award-winning Vansdirect business was founded in 1999 in Newport and has become one of the top independent commercial van retailers in the UK. It recently committed to its Welsh roots, signing a new 10-year lease on its Newport premises.

Michelle Fairclough said: “Vansdirect is a very successful internet led business with a strong team of dedicated and professional retail sales colleagues. Liam and I have been brought into the business in a newly developed fleet role to enable it to target fleet customers and gain further growth.

“We aim to focus on companies that do not necessarily buy from us. Either they do not really know what we can offer and how they can benefit, or they are used to dealing with the typical large hire companies or sourcing directly from dealers.

“I believe that I can bring my wealth of knowledge to benefit Vansdirect and I feel the values and ethos of its parent company (Vertu Motors) is very similar to my own. Ultimately, I pride myself on strong customer service as well as introducing new customers to our business and the advantages that they can enjoy.”

Liam Nicholas said: “I’ve known of Vansdirect since 2008 when I was working for Lloyds Banking Group as the company sponsored Cardiff City for their final season at the famous Ninian Park. Having left finance and embarked upon a successful 10-year career in the automotive sector I have kept an eye out and always admired Vansdirect.

“It was when Vertu Motors bought it for £7.5M last year that I realised it was becoming a pretty big deal and since then it seems to appear everywhere I look. Having won the best van leasing broker award four consecutive years in a row and sponsoring some of the biggest names in world professional darts, it is a forward-thinking and ambitious business.

“It was a no-brainer to join the newly created Fleet Department with Paul Cox, the new sales director, alongside Michelle Fairclough who I’ve had the pleasure of working with in the Mercedes-Benz dealer network over the years. I was fortunate to report directly to Paul in my last role as business development manager and knowing how passionate and obsessed he is with putting customers first and excellent customer service that aligns with my own values and was one of the main reasons I’ve joined him on this new journey to help our customers succeed.

“The beauty of working in the commercial vehicle world is that it allows us to tap into pretty much any sector. With 5.9 million businesses in the UK there is a huge amount of potential and as we offer all makes and models from all manufactures, we have vehicles to suit pretty much everybody. Whether it be a new all electric small van to help a florist with local deliveries or large wheelchair accessible vehicles to support care home residents, we are able to offer it all with the support of the Vertu Group.” 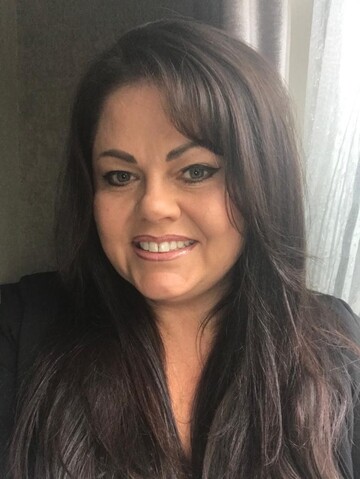 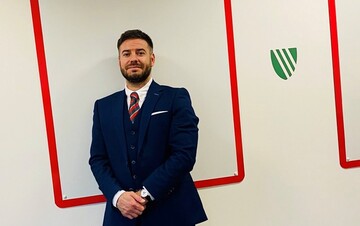